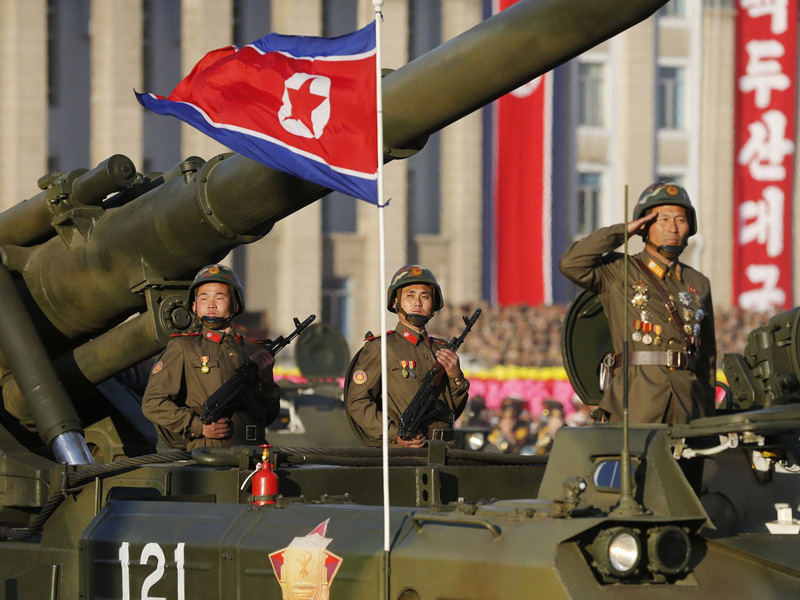 It is possible that North Korea could fall into a “full-blown nuclear weapons crisis” against its enemies within the next year, experts have said.

On Monday (AEDT), the communist regime in North Korea threatened it would launch “indiscriminate” nuclear strikes against the United States and South Korea, should they continue to carry out joint military drills.

A statement from the North Korean capital, Pyongyang, said a “pre-emptive nuclear strike of justice” would be launched if the annual joint exercises, involving 300,000 personnel, went ahead.

And while experts said that the “pre-emptive” strike was almost certainly baseless North Korean rhetoric, they claimed that the actions of its leader Kim Jong-un meant a nuclear boiling point could take place in the coming months.

“There is a chance for a real crisis,” Lowy Institute director of international security program Dr Euan Graham told The New Daily.

“It won’t come now, but as the year develops and if the international situation remains as hostile to North Korea as it is at the moment, then they could very easily find themselves in a full blown crisis later on.”

Dr Graham – who was once a senior diplomat at the UK Embassy in North Korea – said Kim was moving to “crisis point” quicker than his grandfather (Kim Il-sung) and father (Kim Jong-il), both former leaders of North Korea.

“The play book is still the same,” he said. “The long-term goal remains as it always was under Kim Jong Il.

“It is to develop a nuclear capability and develop the means to launch or fire long-range missiles.

“The speed at which that playbook has been increased from father to son.”

There were severe trade sanctions imposed on the nation, with one of them the UN ruling that every bit of cargo moving in and out of the country had to be inspected.

North Korea has been under UN sanctions since 2006 because of its four nuclear tests and multiple rocket launches.

Nuclear and defence policy expert Crispin Rovere told The New Daily that North Korea prioritises its nuclear program above almost anything else.

“Accordingly, North Koreans see their nuclear arsenal as essential to their national survival. They feel that without nuclear weapons they will end up like Iraq and Libya.”

Mr Rovere agreed that an attack by North Korea is not out of the question given its standing in the international community at the moment.

Both Mr Rovere and Dr Graham said even China – a long-time ally of North Korea – was growing tired of the saga.

“While the rhetoric of ‘turning Seoul into fire and ash’ is hyperbole, the sentiment behind this is more than mere rhetoric – certainly a low-level attack perpetrated by North Korea is a real possibility,” Mr Rovere said.

“North Korea apprehends Chinese frustration, which only adds to their paranoia.”

Dr Graham said Kim was desperately wanting when it came to advancing his country’s interests on the international stage.

“He is still young,” he said. “He still has to demonstrate his skills and ability to emulate his father and his grandfather in terms of leveraging the international community to coming back to the table or offering aid to the North.

“He is in a potentially vulnerable position and he hasn’t got many other sources of leverage other than [nuclear] threats.

“The economy is looking ok by North Korean standards but not in a good spot relative to others.”

Mr Rovere agreed, explaining that North Korea only knew one way to negotiate – with the threat of aggression.

“North Korean bellicosity has only resulted in another round of sanctions and further isolation,” he said.

“This has likely come as a shock to the North Korean leadership, and therefore Pyongyang may ratchet up their provocations even further to demonstrate that they cannot be ignored.”