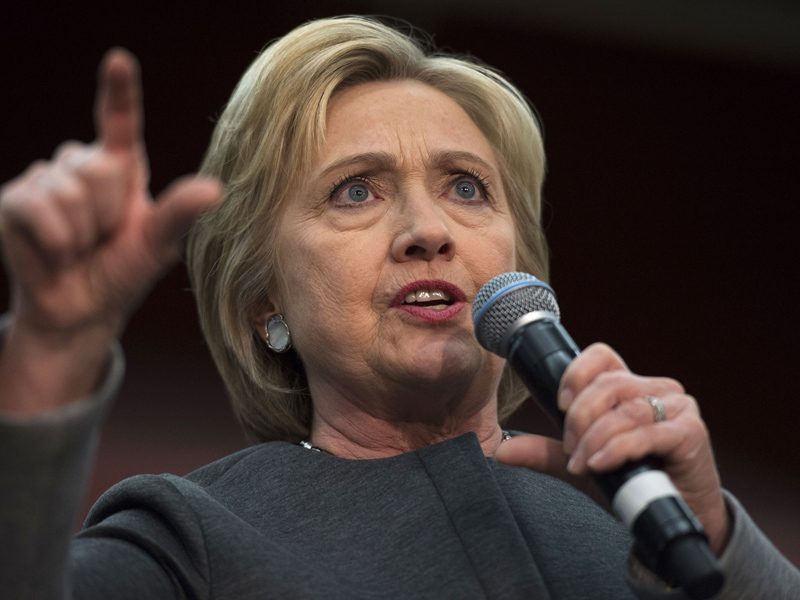 Republican Donald Trump and Democrat Hillary Clinton have turned their sights on each other after their Super Tuesday wins, with Trump promising to “go after” the former secretary of state and Clinton decrying what she calls Trump’s divisive rhetoric.

US TV networks say Trump and Clinton won six states apiece on a big day of presidential primaries, when 12 states were voting.

Trump’s rival Ted Cruz, a US senator from Texas, won his home state and neighbouring Oklahoma, bolstering his argument he has the best chance to stop the controversial front-runner.

“Our campaign is the only campaign that has beaten, that can beat and that will beat Donald Trump,” Cruz said at a rally in Texas.

US Senator Marco Rubio captured his first state, winning the Minnesota caucuses according to US television network projections.

The result is a potential lifeline for Rubio, who represents Florida and had previously failed to win any state outright, even as he emerged as a potential consensus candidate for the Republican establishment against Trump.

Clinton’s rival Bernie Sanders, a democratic socialist US senator from Vermont, also won his home state along with Oklahoma and has vowed to continue his battle for the nomination to the 35 states that have yet to vote.

For Democrats, Massachusetts was too close to call.

Voting has stretched from eastern states to Texas and Minnesota.

Opinion polls heading into the voting had shown Trump leading in most of the 12 states up for grabs, raising the possibility of a big night that would intensify worries among Republican leaders who fear the controversial billionaire could inflict long-term damage on the party.

“I am a unifier,” Trump told reporters in Palm Beach, Florida, dismissing concerns about his rhetoric. “Once we get all this finished, I’m going after one person – Hillary Clinton.”

Clinton had Trump on her mind in her victory speech, although she never mentioned him by name.

“The stakes in this election have never been higher and the rhetoric we’re hearing on the other side has never been lower,” Clinton told supporters in Miami.

“Trying to divide America between us and them is wrong, and we’re not going to let it work.”

Sanders told supporters in his home town of Burlington, Vermont “we are not going to let the Donald Trumps of the world divide us”, adding he expected to pile up “hundreds” of convention delegates in voting on Tuesday.

Even as Trump advances, many Republican Party leaders do not support him and worry he would be easily defeated in November if Clinton became the Democratic nominee.

On the Democratic side, Clinton took advantage of her strong performance with black voters to cruise to big wins in several southern states, where African Americans make up a big bloc of the party’s electorate.

Winners Trump, Clinton turn on each other