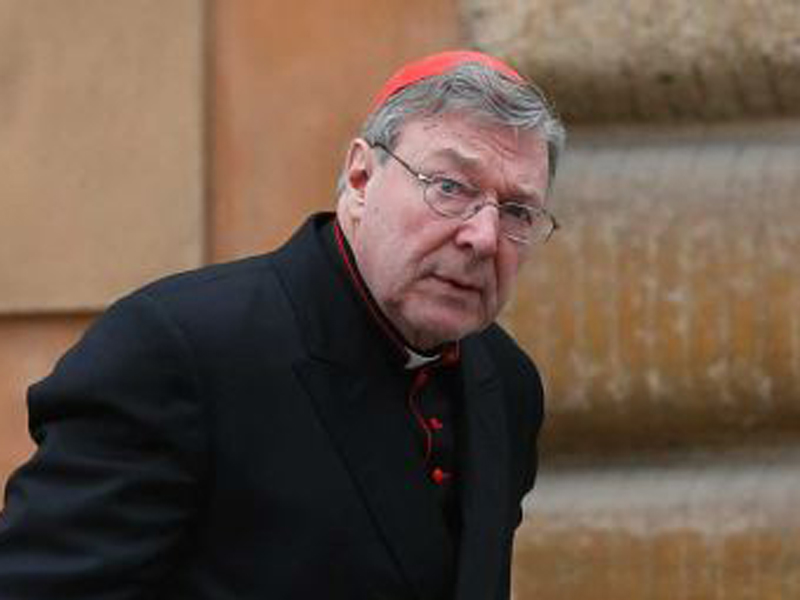 He will give evidence by video link, a process that would normally occur from the controlled environment of a court room.

Because of the speed with which this session has been organised, the four-star Hotel Quirinale was chosen.

Pell is due to start giving evidence on Sunday at 10pm local time (8am Monday AEDT).

It had a room large enough to fit the expected number of media and supporters and the facilities to assist with this logistically complicated exercise.

Seats for 168 people have been provided in the Verdi Room. There are strict rules regarding media coverage.

No photography, filming or photography is allowed of the room or those in it.

Cardinal Pell will sit at a table by himself at the front and his evidence will be streamed live back to the royal commission in Sydney.

There will be no cameras focused on the audience in Rome.

Cardinal Pell is expected to be asked about several different matters including claims that:

The former Melbourne and Sydney archbishop is now in charge of the Vatican’s finances.

Experienced Vatican reporters will be attending the hearing but many struggle to reconcile the media reports in Australia about Cardinal Pell with his reputation in Rome.

He is regarded as one of the “new guard” tasked with cleaning up the Vatican, something they say he is doing successfully.

Amber Heard’s sister and friend give evidence
‘Should have been a penalty’: Boy crash-tackled by PM gives his verdict
Apple sued over ‘ear shattering’ AirPods alert
Russian Google to file for bankruptcy
Man arrested at NSW school for bestiality
Concern about COVID-19 deaths in aged care
Man massacres 14 of own family
Today's Stories

Cardinal Pell testimony: what to expect