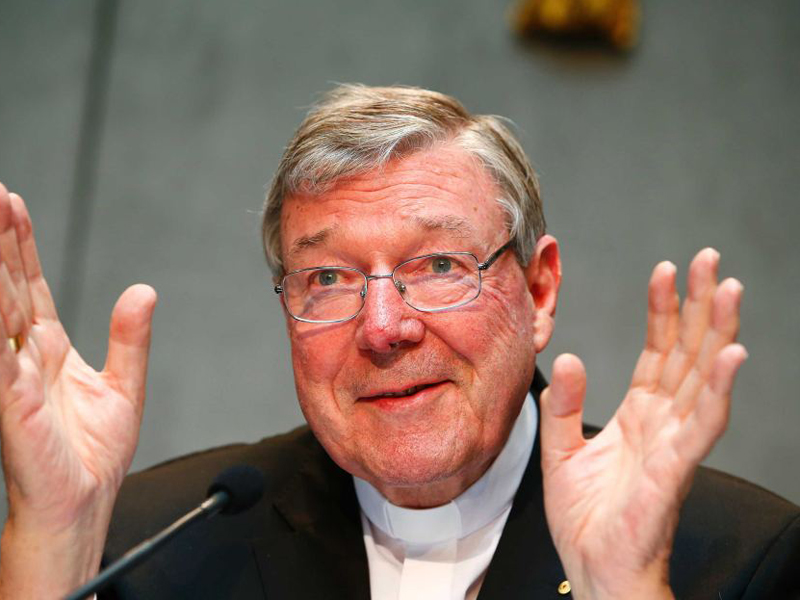 Abuse survivors who are travelling to Rome after a successful crowdfunding campaign call on the Royal Commission into Child Sexual Abuse to “flex a bit of muscle” and make sure they can be in the room when Cardinal George Pell gives evidence.

A GoFundMe page to send 15 people, including representatives from the City of Ballarat, survivors and support people, to the hearing has surpassed its target of $55,000, reaching $117,000 by Wednesday afternoon.

But the royal commission must give its approval for those travelling to Rome to watch the evidence in person, abuse survivor Stephen Woods said.

“We are still waiting for the royal commission to flex a bit of muscle, as we’re saying amongst survivors, so say that the population of Australia is really behind them, they need to hold the clergy to account,” Mr Woods said.

“There’s nothing like a presence of people showing those who have had power for literally centuries, to show the people will rise up and hold them accountable.”

Cardinal Pell, 74, will appear via video link from Rome after the Royal Commission into Institutional Responses to Child Sexual Abuse accepted a doctor’s report that said he would risk heart failure if he flew to Australia to testify.

Anthony Foster, whose daughters were repeatedly abused by a Catholic priest, called on the church to allow the survivors to be in the room.

“It’s an appeal to them understanding the feeling of victims, that it’s important that the evidence is witnessed personally, not just via video link.”

The commission said it was seeking suitable venues for Cardinal Pell’s testimony.

Mr Woods said he wanted it to be an “open” place like the Australian embassy, where survivors can watch.

“It has to be somewhere where he’s not in control, his lawyers are not in control, and that way he will actually be pushed to give better answers than the usual ‘I can’t remember’,” he said.

“We want to see a candidness that we haven’t seen before with Cardinal Pell.

In a statement released by the Truth Justice and Healing Council, the Catholic Church said it was important Cardinal Pell give his evidence in “the most effective and timely way possible”.

“So that this case study can be finalised, that the commission can make findings and that abuse survivors can, hopefully, move forward with their lives,” the statement said.

Comedian and musician Tim Minchin has released a song calling on Cardinal Pell to come back to Australia, with all proceeds going to the GoFundMe campaign.

The song, titled Come Home (Cardinal Pell), had been viewed more than 100,000 times on YouTube by Wednesday afternoon.

“You’re a coward, Georgie, come and face the music,” Minchin sings. “You owe it to the victims, Georgie.”