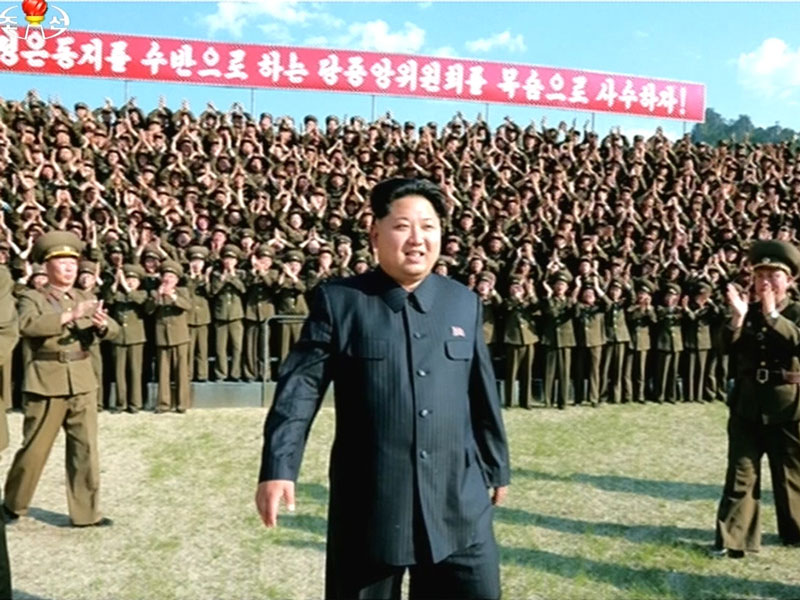 Pyongyang’s state TV announced on Sunday (AEDT) that the regime had successfully put a satellite into orbit, but many other nations saw it as a disguised test of a long-range ballistic missile, prompting the emergency UN meeting in New York.

Speaking after the council’s emergency session, American ambassador Samantha Power said: “We will ensure that the Security Council imposes serious consequences. DPRK’s [North Korea] latest transgressions require our response to be even firmer.”

The satellite, Kwangmyongsong-4, is orbiting the earth every 94 minutes and the North would continue to launch satellites in future, the state TV broadcast said.

North Korea had notified UN agencies it planned to launch a rocket carrying an Earth observation satellite, triggering opposition from governments that see it as a long-range missile test.

The rocket was launched on a southward trajectory as planned, passing over Japan’s southern Okinawa islands, Japan’s NHK reported.

The international community is still struggling to reach agreement on how to respond to Pyongyang’s latest nuclear test – of what it claimed was a hydrogen bomb – on January 6.

American ambassador Samantha Power said she hoped the UN Security Council would draft a resolution as soon as possible.

After Sunday’s launch, South Korean and US defence officials announced they would begin formal talks on deploying a US missile defence system in South Korea.

The US says the highly advanced Terminal High Altitude Area Defence (THAAD) system would be a deterrent necessitated by the North’s advancing ballistic missile program.

But China and Russia fear it could trigger an arms race in a delicately balanced region.

United Nations chief Ban Ki-moon called the North’s actions “deeply deplorable” and demanded it “halt its provocative actions and return to compliance with its international obligations”.

“Australia calls on the North Korean leader to focus on the plight of the long suffering people of North Korea.”

“To launch a missile after conducting a nuclear test goes against the UN resolution. We will respond resolutely, coordinating closely with the international community,” he told reporters.

Japan had said it was ready to shoot down the rocket if it threatened the country, but did not take any action to do so.

US Secretary of State John Kerry said his nation would work with the UN Security Council on “significant measures” to hold North Korea to account.

North Korea’s chief diplomatic ally China, which has been resisting the US push for tougher sanctions against Pyongyang, expressed “regret” about the launch.

“With regards to the DPRK’s insistence on implementing a launch of missile technology in the face of international opposition, China expresses regret,” foreign ministry spokeswoman Hua Chunying said.

The North has insisted its space program is purely scientific in nature, but the US and allies, including South Korea, have said its rocket launches were aimed at developing an inter-continental ballistic missile capable of striking the US mainland.

It had planned to launch the rocket later this month, but brought the date forward.

Orbital rocket launches, experts say, are relatively straightforward compared to the challenge of mastering the re-entry technology required to deliver a payload the distance between North Korea and the US.

Aerospace engineer John Schilling, who has closely followed North Korea’s missile program, said intercontinental ballistic missile warheads were different to satellites, because they needed to “come down as well as go up”.

“North Korea has never demonstrated the ability to build a re-entry vehicle that can survive at even half the speed an ICBM would require,” Dr Schilling said.

“If and when they do, what is presently a theoretical threat will become very real and alarming,” he added.

North Korea is believed to be working on miniaturising a nuclear warhead to mount on a missile, but many experts say it is some time away from perfecting such technology.

It has shown off two versions of a ballistic missile resembling a type that could reach the US west coast, but there is no evidence the missiles have been tested.