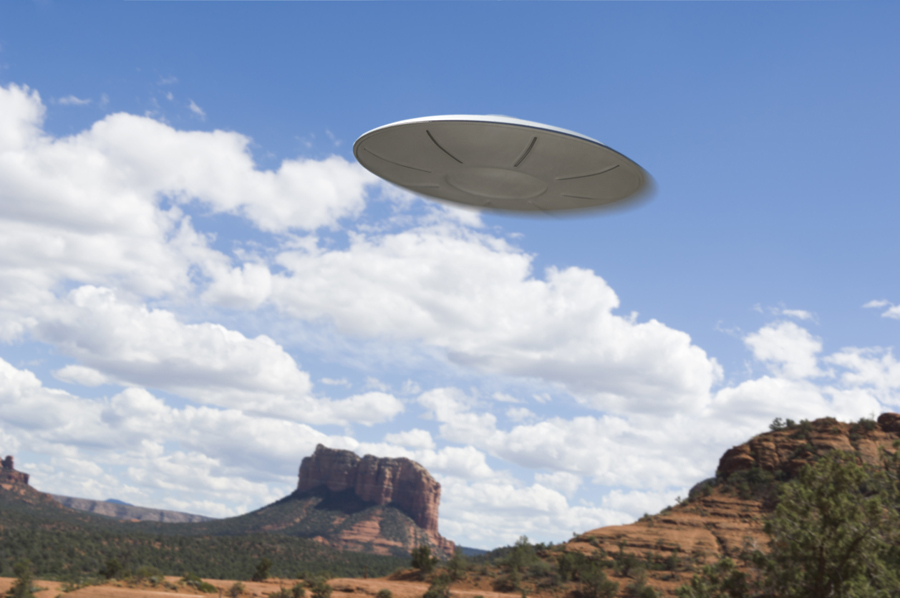 The CIA has posted hundreds of declassified documents on its website which prove the organisation believed in unidentified flying objects in the 1950s and considered using them as a war tactic.

Although the documents were declassified during the 1970s, this is the first time the agency has posted them online, making it easier for sceptics and believers alike to pore over the information.

Often referred to in the documents as “the flying saucer problem”, notes and memorandums reveal the height of UFO hysteria in the early 1950s after a series of unidentified flying objects were spotted flying over the White House in consecutive weeks in 1952.

• The X-Files is back – but is it any good?
• Scientists discover a new planet called ‘Planet Nine’
• Alien megastructure theory ‘crumbling’

A December 1952 memorandum from the deputy director of scientific intelligence makes clear the sightings could not be attributable to “natural phenomena or known types of aerial vehicle”.

“There is something going on that must have immediate attention,” read the memo.

UFO Research NSW spokesperson Doug Moffett said the USA was concerned about UFOs at the time, but not for reasons you might expect.

“Everyone was paranoid about flying saucers at the time, but it was the height of the Cold War and they were also scared of the Russians,” he told The New Daily.

According to Mr Moffett – a life member of the UFOR – while the US Government acknowledged the existence of flying saucers, it was most concerned about how their enemies could exploit the hysteria surrounding the objects.

“When the flying saucers were spotted, everyone rang the White House to see if it was the Russians, was it UFOs, what was going on,” he said.

“Because the telephone system was older, it overloaded and conked out. That meant the president – the head of the military – couldn’t use his phone, or order a military strike.”

According to Mr Moffett, this made flying saucers a matter of national security, not because they were considered dangerous (they were not believed to be aggressive) but because the Russians could emulate the incident and cause mass pandemonium.

However, according to a separate memorandum from 1952, the USA also considered using the unexplained phenomenon against its own enemies.

In the memo from the CIA director, the term “psychological warfare” is used to describe the tactic.

“The problems connected with unidentified flying objects appear to have implications for psychological warfare as well as for intelligence and operations,” it reads.

“I suggest that we discuss at an early board meeting the possible offensive or defensive utilisation of these phenomena for psychological warfare purposes.”

It is not known whether the CIA ever went beyond discussing the tactic as a possibility in its own Cold War strategy.

But for those interested in the CIA’s history with UFO speculation, the agency has collated an X-Files-themed list of declassified documents. Documents reveal that the CIA believed in UFOs