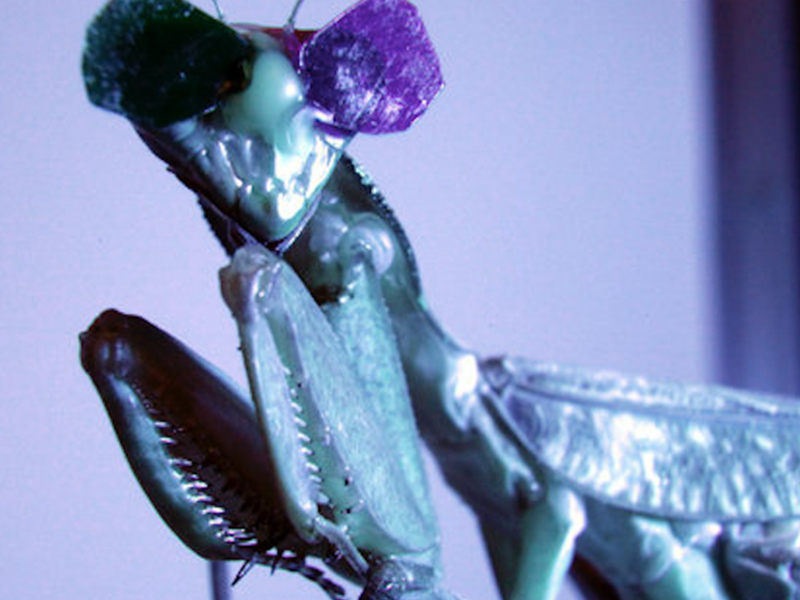 The practice of Zentai, or dressing up in full body lycra suits part time, is becoming popular in Japan as residents seek to escape the strains of life. Japanese culture favours conformity over individuality, so the anonymity of the craze allows practicers to be themselves without fear of being recognised by family, friends and coworkers. Read more

A British man says he got “quite a shock” when he opened his FedEx package to find a box containing human samples. The box was intended for a local hospital, but the packages had similar order numbers and were accidentally swapped. The hospital soon received their tumour, and the man eventually got his Kindle. Read more

A food service worker in the US has been sacked after offering a free meal to a student who had no money. Dalene Bowden was terminated shortly after the good deed, despite offering to pay the US$1.70 for the meal. Read more

Researchers have created tiny old-fashioned 3D glasses and stuck them to praying mantises in an effort to prove invertebrates have stereoscopic vision. Each pray mantis had a blue lens and a green lens individually placed in front of their eyes and were shown two different clips of prey, one in 2D and one in 3D. Read more

A scrum for discounted meat in the UK has not ended well after a man walked away from the bargain battle with a torn ligament. Oliver Sanders, 31, was forced to travel to the hospital after being crushed against a fridge by a mob of restless shoppers. Read more