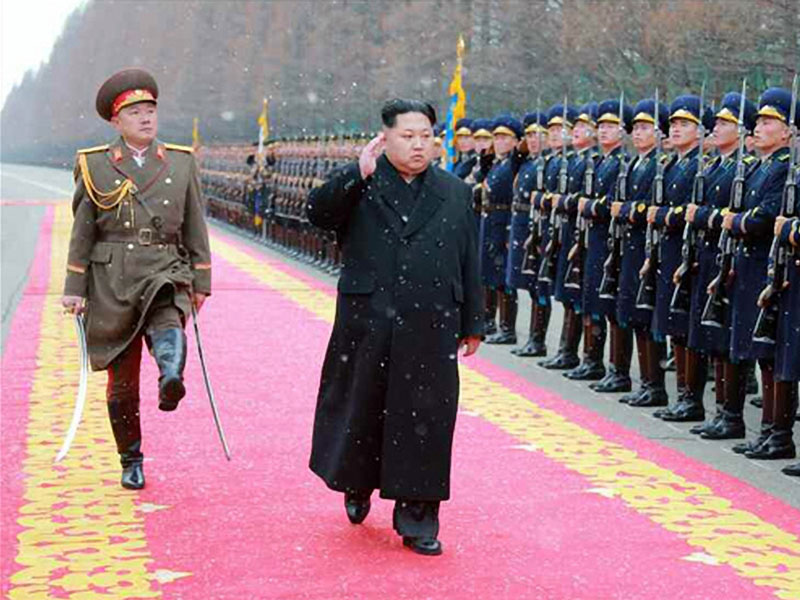 The meeting would be the first time Mr Kim has hosted a fellow head of state. Photo: AAP

In defiance of a United Nations ban, North Korea said it tested ballistic missile technology that would allow it to launch a nuclear warhead from a submarine.

Unlike a previous submarine-launched ballistic missile (SLBM) test in May, it was not announced at the time.

At the weekend, South Korea’s military said North Korea appeared to have modified the video and edited it with Scud missile footage from 2014.

However, an official said the ejection technology might have improved since that test.

Now, analysis by the California-based James Martin Centre for Nonproliferation Studies (CNS) shows two frames of the state media video where flames engulf the missile and small parts of its body break away.

Ms Hanham said North Korea state media used different camera angles and editing to make it appear the launch was several continuous launches, when in fact it was a single event.