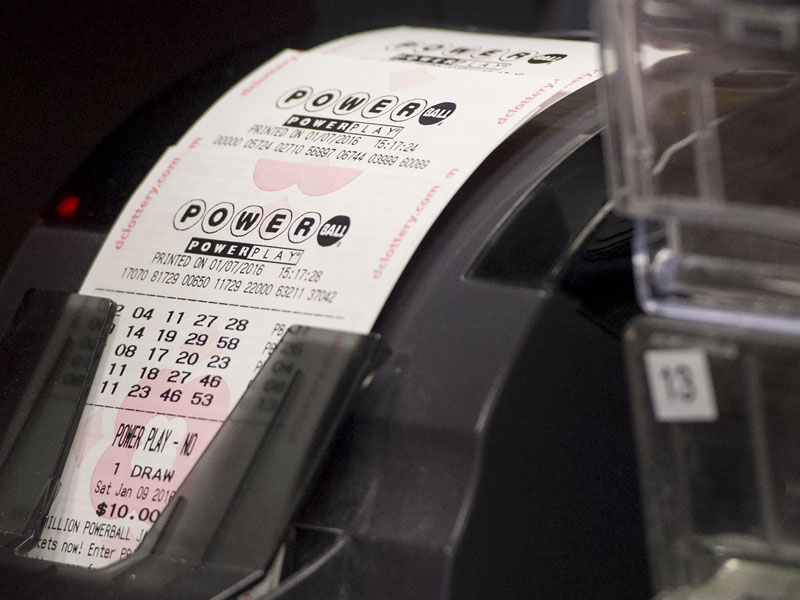 UPDATE: Click the owl to see the winning numbers:

California Lottery officials confirmed that the winning six numbers had been purchased at a convenience store outside Los Angeles, as well as at locations in Florida and Tennessee. The identity of the winners was not yet known.

Lottery officials said it could be several hours before it is known whether there are other winners in the 44 states, Washington, DC and two US territories where Powerball is played.

In Australia, more than 200,000 people selected numbers for the lottery across two days through an international betting company called Lottoland.

A record-breaking $A2.1 billion US lotto draw has been opened to residents in the so-called ‘lucky country’ – but don’t get your hopes up just yet.

The winner of the draw, which takes place on Thursday at 2pm (AEDT), could become wealthier than some of the biggest names in sport and entertainment.

Australians can buy tickets at Lottoland.com.au, a website that crashed for a while on Wednesday evening, presumably due to overwhelming numbers of people trying to log on, but is back online.

• ‘Best thing we’ve won is the old chook raffle’
• 20 things that are just a big, fat waste of money
• The WA family that won the $50 million lottery

But before you start dreaming of a new, rich life, take note: statisticians say the odds of winning are one in 292.2 million.

University of Buffalo associate professor of biostatistics Jeffrey Miecznikowski said you were about 25 times more likely to become the next president of the USA than to win at Powerball – well, not if you’re Australian of course.

“Or to put it another way, the odds were equivalent to flipping a coin 28 times and getting heads every time,” Professor Miecznikowski said.

“It doesn’t sound so bad … but you would be at it for an eternity.”

The US Powerball winnings stood at $A2.1 billion ($US1.5 billion) as of Wednesday night – making it the largest-ever US lottery prize as well as the world’s biggest potential jackpot for a single winner.

The Powerball competition involves drawing five white balls from a pile that were numbered 1 to 69, plus a red Powerball numbered between 1 and 26.

If you’re lucky enough to match the Powerball, with no white balls (a one-in-38 chance) you’d win just $A5.68.

Now, if you’re thinking it wouldn’t be hard to win almost $A150 by getting four balls drawn that match your numbers, think again. There’s a one-in-36,525 chance of that occurring.

If an Aussie did in fact win the jackpot, they would be required to pay the same tax as a US citizen.

The winnings can be paid out in yearly instalments for 29 years – or the winner can walk away with the entire $2.1 billion in a lump payment, before tax.

“It’s quite incredible now to think Australian citizens through Lottoland can join in on the race to win a mega international lottery without having to leave the comfort of their own loungeroom or office,” Lottoland spokesman Luke Brill said in a statement.

With no winner taking out the multi-state US Powerball winnings on Saturday night, the prize rolled on to this week and climbed even further.

This week ticket purchases surged along with the size of the pot, driving the prize beyond the $US900 million reported earlier.

“Since the last jackpot win on November 4, more than $US1.75 billion worth of Powerball tickets have been bought,” executive director of the Texas Lottery and chair of the Powerball game group Gary Grief said.

Meanwhile, a couple on Queensland’s Fraser Coast claimed $70 million in last Thursday night’s Australian Powerball draw, which was equal to the largest lottery win in the nation’s history.

“The best thing we’ve ever won is the old chook raffle,” the one of the winners said in a statement released by Tatts Lotteries.