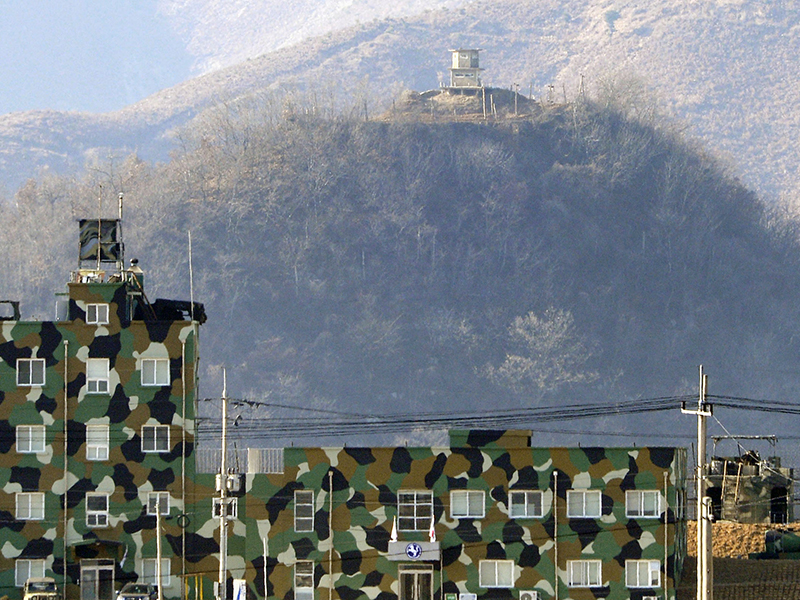 South Korea’s loudspeaker broadcasts aimed at North Korea are pushing the rivals to the “brink of war”, a top North Korean official has told a propaganda rally.

North Korea’s fourth nuclear test on Wednesday angered the United States and China, which was not given prior notice, although the US government and weapons experts doubt the North’s claim that the device it set off was a hydrogen bomb.

In retaliation for the test, South Korea on Friday unleashed a ear-splitting propaganda barrage over its border with the North. The last time South Korea deployed the loudspeakers, in August 2015, it triggered an exchange of artillery fire.

“Jealous of the successful test of our first H-bomb, the US and its followers are driving the situation to the brink of war, by saying they have resumed psychological broadcasts and brought in strategic bombers,” Kim Ki Nam, head of the ruling Workers’ Party propaganda department, said at Friday’s rally.

Kim Ki Nam’s comments, which are in line with routine propaganda rhetoric, were the North’s first official response to the South’s broadcasts, which it considers insulting.

The broadcasts, in rolling bursts from walls of loudspeakers at 11 locations along the heavily militarised border, blared rhetoric critical of the Pyongyang regime, as well as “K-pop” music. North Korea later responded with its own broadcasts.

A South Korean military official said Seoul and Washington had discussed the deployment of US strategic weapons on the Korean peninsula after the test, but declined to give details. Media said those could include B-2 and B-52 bombers, and a nuclear-powered submarine.

On Thursday US Secretary of State John Kerry said he had told Chinese Foreign Minister Wang Yi that China’s approach to North Korea had not succeeded.

China is North Korea’s main economic and diplomatic backer, although relations between the Cold War allies have cooled in recent years.

South Korea’s nuclear safety agency said it had found a minuscule amount of xenon gas in a sample from off its east coast but said more analysis and samples were needed to determine if it came from a nuclear test.

A joint factory park between the two Koreas was operating as normal on Saturday, South Korea’s Yonhap news agency reported.

NKorea on ‘brink of war’