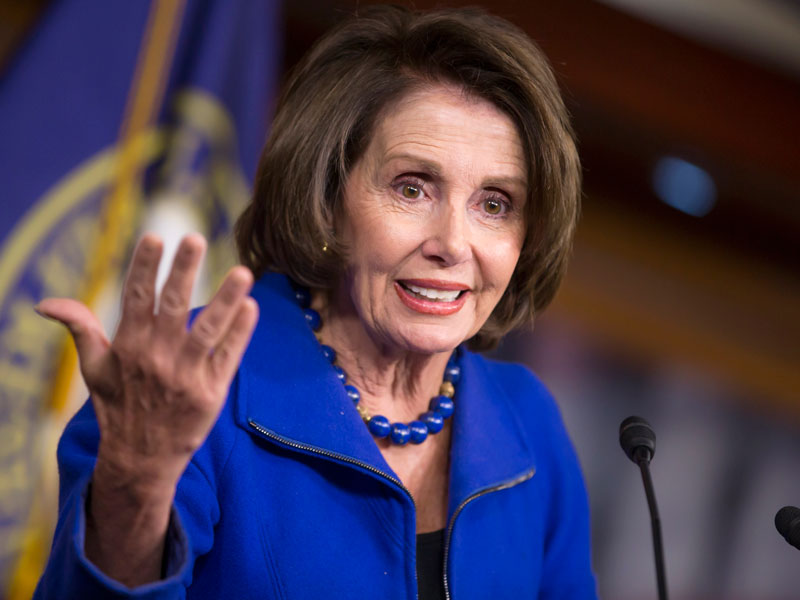 Speaker Nancy Pelosi has vowed to give the White House no quarter. Photo: AP

The House of Representatives could vote in the coming days on legislation backed by Republican and Democratic politicians to broaden US sanctions on North Korea, a day after Pyongyang announced it had tested a hydrogen nuclear device.

Republican House Speaker Paul Ryan did not provide a timeline for the vote on the long-delayed legislation, but a congressional source said on Thursday it was expected as soon as Monday.

Nancy Pelosi, the House Democratic leader, told reporters that Republicans, who control the House, were likely to move a bill as early as next week and that Democrats would support it.

She said there was strong backing in both parties for the legislation.

The measure would target banks facilitating North Korea’s nuclear program and authorise freezing of US assets of those directly linked to illicit North Korean activities.

It would also penalise those involved in business providing North Korea with hard currency.

Congressional sources told Reuters on Wednesday that Republican House leaders were discussing the sanctions bill and planned a vote as soon as next week.

Republican Ed Royce, chairman of the House Foreign Affairs Committee, and Eliot Engel, the panel’s top Democrat, introduced the measure last year, and it was passed by the committee in February.

House Republican leaders did not bring the measure up for a vote in 2015, but North Korea’s announcement on Wednesday left lawmakers clamouring for a strong US response.

There was no immediate word on whether the US Senate planned to consider similar legislation.

Senators do not return from their year-end recess until next week. For the measure to become law, it would have to pass both the House and Senate and be signed by President Barack Obama.