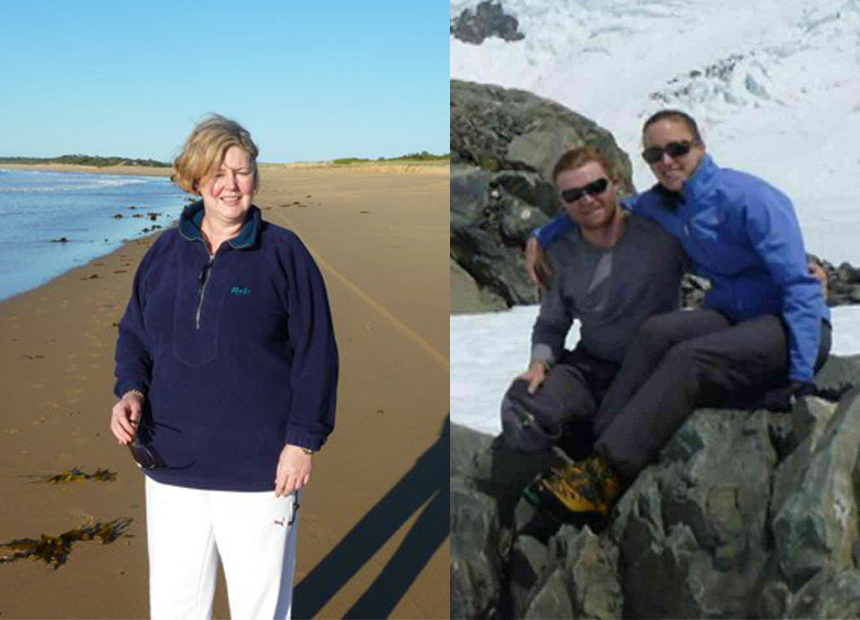 Jetting off on an exciting overseas holiday over the Christmas break is practically a national pastime for Australians.

However, while many enjoy exotic vacations and return home safely, a small handful encounter tragedy abroad.

Sadly, in the last week alone four Australians have lost their lives whilst on Christmas breaks a result of tragic accidents in what are typically dream holiday locations.

As many return to work and resume their lives following holiday festivities, spare a thought for those who did not come home.

A nurse from the suburb of St Kilda, Mrs Eddison had been snorkelling with five family members for only 45 minutes when she complained of feeling ill and returned to the boat.

Ms Eddison was due to return home to her husband Simon in coming days.

An avid traveller, Mrs Eddison was no stranger to generosity in her role at Operation Restore Hope, an organisation dedicated to providing facial surgery to children born with deformities in the Philippines.

Last year, she received an Order of Australia (OAM) for her service to the international community.

In a post to his Facebook page on Sunday, Mr Eddison simply said: “Lovely messages in the media about Maureen’s passing on New Year’s Day.”

“Looking forward to you getting home soon Maureen.”

On Sunday, the Department of Foreign Affairs and Trade confirmed an Australian man was killed while swimming off a beach on the southern resort island of Koh Samui.

“The Department of Foreign Affairs and Trade can confirm that it has received official notification from Thai authorities of the death of an Australian man in Koh Samui,” a spokeswoman told AAP.

Authorities did not release any further information about the death out of respect to the man’s family.

The popular tourist beach also claimed another life in a separate incident, with Thai police reporting a Chinese tourist also died swimming at the beach on the same day.

He said there were “no swimming” signs and red flags in place to warn tourists about the dangers of swimming there.

The bodies of Hollaway and Thistlethwaite were recovered on New Year’s Day at the base of 3300-metre high Mount Silberhorn, New Zealand’s seventh highest peak.

Authorities reported the pair were roped together when they died.

The couple from east Brunswick had been travelling through New Zealand for several weeks before they fell to their deaths on December 29.

“We are mourning the loss of two very central members of our community,” Melbourne University Mountaineering Club president Daniel Cocker said in a statement.

“Today we have lost two great friends and mentors. Dale and Stu you will be sorely missed.”

‘Sometimes there is no explanation’

Only days earlier, another Melbourne woman, 28-year-old Nicola Anne Andrews, was killed in a climbing accident in New Zealand.

Ms Andrews died on December 23 after falling 300 metres onto a glacier at Footstool mountain, in the Aoraki Mount Cook National Park on the South Island.

She was airlifted from the park after members of her climbing party set off a locator beacon, but died shortly after.

“In this mountainous terrain the margin of error is extremely small and unfortunately the consequences can be life changing or fatal,” Canterbury Police Inspector Dave Gaskin said in a statement.

“At this stage it would appear that Nicola and her climbing partners did everything they could to minimise risks.

“They will be asking themselves ‘What if’ and trying to understand how this tragic accident could have happened.

“Unfortunately, given the volatile terrain, sometimes there is no explanation.”