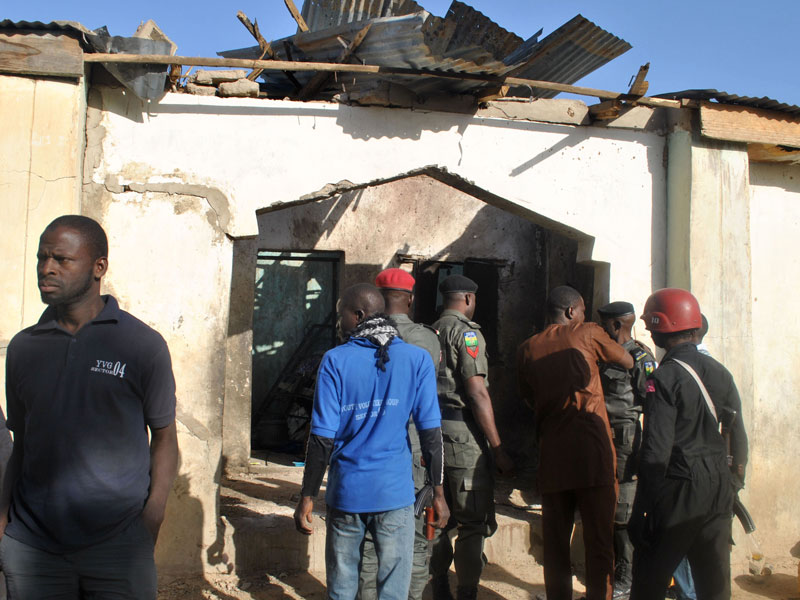 More than 50 people have been killed in a 48-hour wave of attacks blamed on Boko Haram jihadists in north-eastern Nigeria, days ahead of the government’s deadline to stamp out the group.

On Thursday he said his government had “technically” defeated Boko Haram and reduced the group’s capacity to mount “conventional” attacks in Africa’s most populous nation.

But, in an expected show of defiance, Boko Haram countered with a series of devastating attacks on towns in the country’s north-east, claiming dozens of fatalities in a bloody killing spree that began on Christmas Day.

Riding astride bicycles, fighters invaded Kimba village in Borno state — a Boko Haram stronghold — on Friday, shooting and killing at least 14 residents before torching their homes.

Two days later, the militants launched rocket-propelled grenades and used a small army of suicide bombers, killing 22 people in the key north-eastern city of Maiduguri, the spiritual home of the insurgency.

“There have been more than a dozen suicide blasts in Maiduguri between last night and this morning,” Babakura Kolo, a civilian vigilante assisting the military in fighting Boko Haram, said.

“The suicide attacks were carried out by young suicide bombers who managed to make their way into the city during the gun battle between soldiers and Boko Haram gunmen last night.”