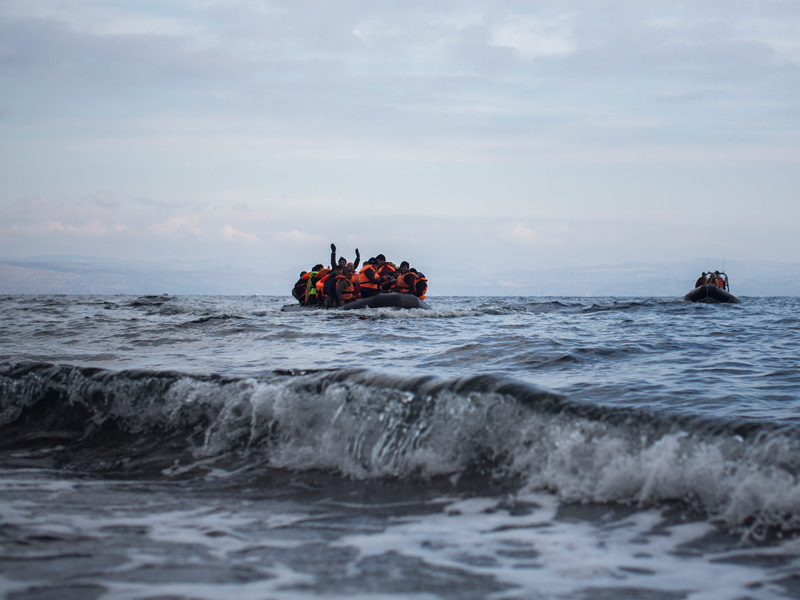 Eleven people have reportedly drowned, while another seven were rescued from the sea after a boat carrying migrants to Greece sank off Turkey’s western coast.

The Turkish coast guard was continuing search and rescue efforts with the help of helicopters where the boat sank off the coast of Kusadasi, a tourist resort area, Turkish news agency Dogan reported on Tuesday.

It was not immediately clear how many migrants in total were on board.

A record 500,000 refugees from the four-year-old civil war in Syria have travelled through Turkey, then risked their lives at sea to reach Greek Islands this year, their first stop in the European Union before continuing to wealthier countries.

Despite the winter conditions and rough seas, the exodus has continued, albeit at a slower pace.

Hundreds have died this year on this sea route.

The number of refugees and migrants arriving by land and sea in the European Union has passed a million this year, and a further 3600 died or went missing, the UN refugee agency and the International Organisation for Migration said on Tuesday.

Turkey struck a deal with the EU in November pledging to help stem the flow of migrants to Europe in return for three billion euros ($A4.6 billion) of financial aid for the 2.2 million Syrian refugees it is hosting, as well as renewed talks on joining the 28-nation bloc.