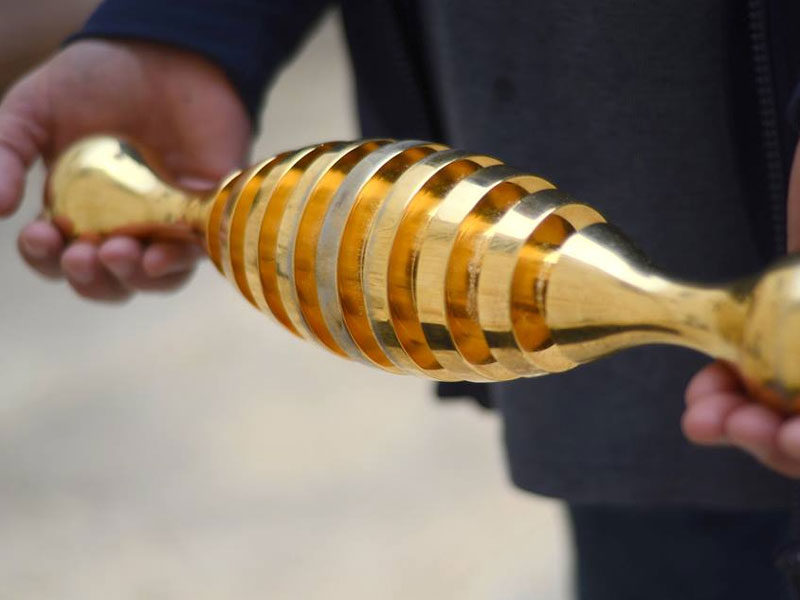 When a cemetery groundskeeper in Jerusalem came across a gilded sceptre, he called the police fearing it was a bomb.

In reality, it turned out to be something very different.

The strange solid gold object, with seven grooves cut into it, was handed to Israel’s Antiquities Authority six months ago, after police came to the conclusion it was not explosive.

But the 8kg sceptre had authorities stumped, prompting them to post a photo of it to Facebook on Tuesday.

Guesses flooded in from around the world, including that it was a rolling pin, piece of industrial machinery, a watch, a cattle insemination instrument, or a cultic object.

But it wasn’t until Italian Micah Barak saw the instrument that they came up with an answer.

“[He] identified the object as a device that is supposed to provide “energetic protection” and is designed for use by naturopaths and those involved in New Age energy healing,” the IAA said in a post to social media.

“The object, manufactured by a German company, is called an Isis Beamer – named after the Egyptian goddess Isis, which, according to Egyptian mythology, was the goddess of healing, magic and nature.”

It remains unknown why the device was buried in the cemetery.

“[They should] contact us, tell us why it was buried in the ancient structure and to whom of the dead they wished to give positive energy,” the IAA said.