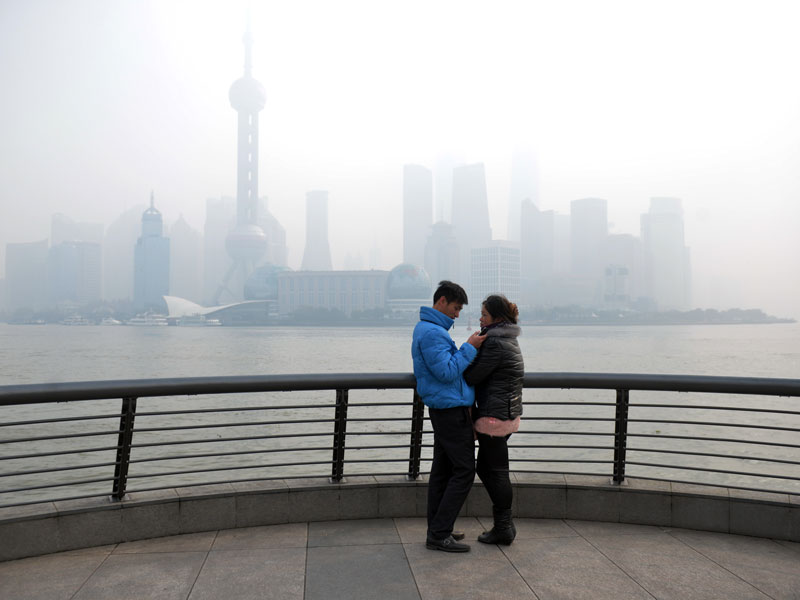 Toxic smog in China has reached record levels this year, with some people going to absurd lengths to get a breath of fresh air.

The contaminated air, named ‘airpocalypse’ by some, reached hazardous levels in 2015, with two red alerts issued in Beijing in the past two months, prompting the closure of schools and restricting traffic.

It was the first time the warning, which indicated extremely dangerous levels of pollution, was issued since the alert system was implemented two years ago.

To avoid the potentially fatal effects of highly polluted smog, some Chinese have turned to a bizarre, but simple, product – bottled air from the breezy mountaintops of Canada’s Rocky Mountains.

But its health benefits are, at best, questionable, according to one expert.

Queensland University of Technology associate professor Adrian Barnett said fresh air in a can would likely do little to improve overall wellbeing.

“I haven’t seen the size of the cans, but they would have to be pretty big,” he told The New Daily.

“There is a private school now in Beijing that has an air lock … it is a very sad thing that this is starting to happen, they have destroyed the environment so much that they literally have to live in a bubble – I don’t think buying it in a can is going to be any sort of solution.”

Two men behind the Canadian company Vitality Air told Fortune that before early December, they were only selling three or four cans per month, but by mid-month sales were “blowing up completely”.

While it started as a novelty item, there were about 4000 units, on top of an initial 500, bottled and ready to be shipped to China.

Beijing’s air quality index stood at 419 on Tuesday afternoon – a stark contrast to many places in Australia which sat between good and very good, or less than 66.

“When it gets cold more people burn coal and the pollution gets trapped by the cold weather and doesn’t have an opportunity to escape,” he said.

A 2013 study found free coal, granted to people living north of the Huai River, was the key factor behind a discrepancy in life expectancy between those either side of the waterway.

Although those in the north may be warm, they were predicted to live 5.5 years less than their southern neighbours.

Health effects of smog ranges from a headache or sore throat, to potentially deadly illnesses like lung cancer or heart attacks. It can also have health consequences for unborn babies.

See the photo below for a comparison of air quality

We really are the lucky country

The situation in China is scary, but does anything they are experiencing transfer to Australia?

In some circumstances, yes.

But Professor Barnett said it was only in extreme situations, like the month-long Hazelwood mine fire or a severe bushfire near a city, that it would be replicated.

This was because Australia’s air quality was, generally, very good.

“Every major city really [is a pollution hotspot], most of the pollution that the average Australian would be exposed to is in traffic … generally not the freeways, it is the major junctions,” he said.

So for now, save your money, we won’t be needing to ship fresh air from halfway across the world anytime soon. ‘Airpocalypse’ forces Chinese to buy air in a can