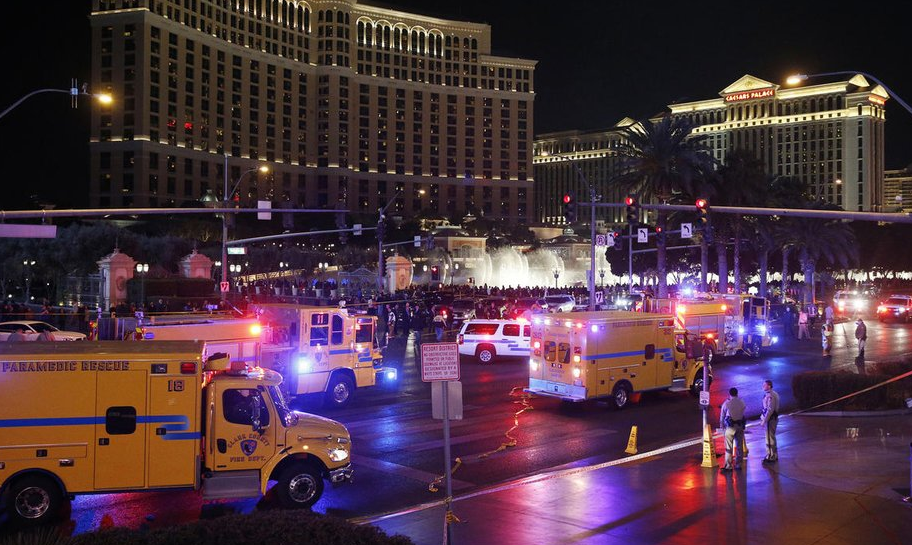 A US woman who allegedly rammed her car deliberately several times into pedestrians on a busy Las Vegas strip, killing one and injuring up to 36, has been charged with murder.

A 24-year-old woman, with a three-year-old child on board the 1996 Oldsmobile, allegedly steered the car into dozens of people on the footpath, then veered onto a different part of the sidewalk hitting more onlookers, before fleeing the scene.

Sky News reported the female driver, Lakeisha Holloway, was in police custody and charged with one count of murder.

“This was not an act of terrorism … we’ve ruled that out,” Police Chief Zimmerman said.

“We have determined that this is an intentional act.

“We will comb through that footage to get a detailed idea of what occurred.”

Peter Boffelli, from the Las Vegas Metropolitan Police Department, said it was not clear if the female driver was impaired.

He said she was being interviewed and tested for drugs and alcohol.

Police described her as an African American woman in her 20s who was driving a 1996 Oldsmobile with Oregon license plates.

“She went up off the street, onto the sidewalk, two or possibly three times,” Las Vegas Police Lieutenant Dan McGrath said.

Mr Boffelli urged more eyewitnesses to come forward, saying that the driver was not from Las Vegas and had been there for at least a week.

The toddler in the car was unharmed, he said.

“This is a huge tragedy that occurred on our strip,” Mr Boffelli said.

Authorities said of the injured, six who were in a critical condition eventually stabilised.

An 11-year-old was also among those hurt, along with visitors from Montreal, Canada, University Medical Centre spokeswoman Danita Cohen said.

Witness Rabia Qureshi, a tourist from Wisconsin, told the local NBC station KSNV that the vehicle in question looked like “a bowling ball and the human bodies were like pins.”

“You think it’s a show, because you’re in Vegas,” she said.

“But then I saw some people fly in the air.”

The US is on high alert after 14 people were killed in an attack in the Californian city of San Bernardino earlier this month.