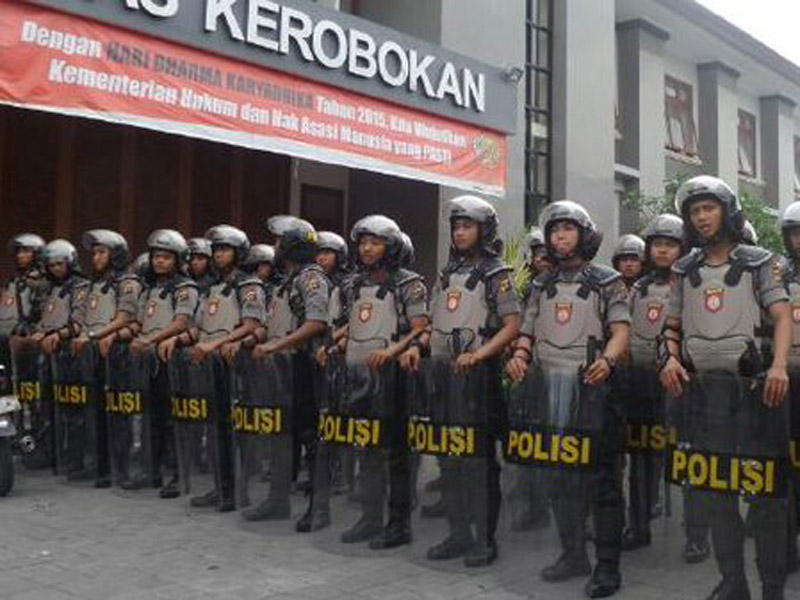 Three people are reportedly dead after a bloody riot sparked at Bali’s Kerobokan jail – where three Bali Nine inmates are among the prisoners – which involved samurai swords, guns and machetes.

Local police are investigating the alleged clash between three ‘gangs’ inside and outside the prison at about 3pm Thursday (local time), resulting in three deaths and several injuries.

Sky News reported that a 100-strong riot squad was called to the facility after members of one of Bali’s most notorious enforcer gangs turned up to the jail, armed with machetes and knives and samurai swords demanding to get inside after hearing of a fight inside between two of the men’s blocks.

District Police Chief Tony Binsar told reporters on Thursday night that dangerous weapons were seized from the maximum security prison, including “dozens of sharp weapons and air soft guns” and that all Australian inmates were unharmed.

“We have ordered all prisoners to stay inside their cells and they’re not allowed to get out,” Mr Binsar said.

“We have conducted a search inside the prison and we seized dozens of sharp weapons and air soft guns.”

Following the bloody riots, the bodies were removed from the jail and staff were evacuated, while police negotiated with those inside the complex.

“The leaders of the unrest have been secured,” Mr Binsar said.

Three Australian members of the Bali Nine were among the inmates at Kerobokan, as well as a Perth man, Joshua Terelinck, who was due for release next week, and drug convicts Nicholas Langan from Queensland and Edward Myatt from Victoria.

10 people were arrested in relation to the riots.