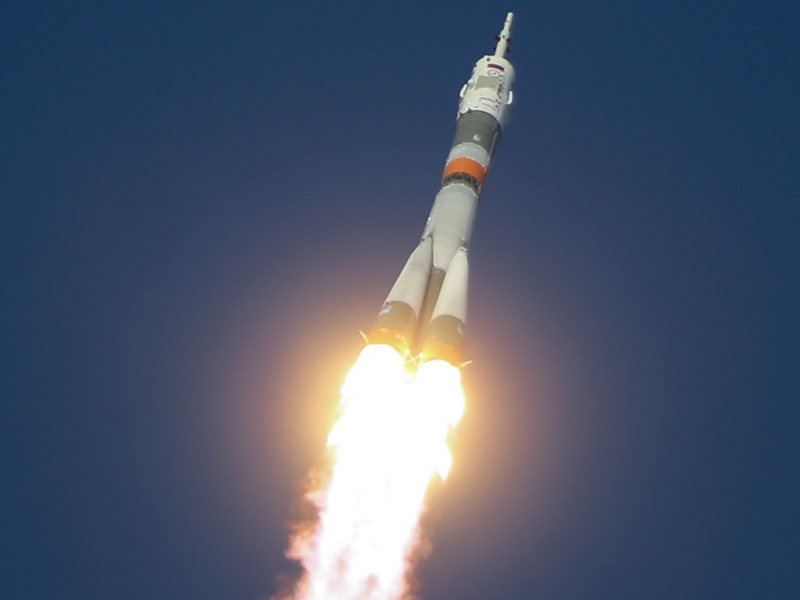 Tim Peake, the first British astronaut to travel to the International Space Station, has docked with the orbiting laboratory with two other spacemen, to cheers and excitement back home.

Peake, 43, joins Russian space veteran Yury Malenchenko and Tim Kopra of NASA for a six-month mission on board the ISS.

Their launch from the Moscow-operated Baikonur cosmodrome went according to plan, but after their six-hour journey the astronauts docked with the ISS manually due to a technical glitch, a spokesman for the Russian space agency said.

“The commander switched to manual control and everything went well,” the spokesman told AFP, adding they docked with the ISS at 1733 GMT (3.33 AEST).

Queen Elizabeth II’s official Twitter account @BritishMonarchy retweeted the UK Space Agency saying “We have liftoff! @astro_timpeake is on his way to space! #GoodLuckTim, the #UK is with you!”

Fire from the boosters of the Soyuz rocket cut a bright light through the overcast sky at the cosmodrome in Kazakhstan as the spacecraft launched on schedule at 1103 GMT.

Don’t Stop Me Now by the rock group Queen was blaring in the Soyuz roughly half an hour before blastoff as the astronauts listened to their favourite music in preparation for the mission.

Malenchenko, who will celebrate his 54th birthday aboard the ISS next week, has already logged 641 days in space, while Kopra has chalked up 58.

Space travel has been one of the few areas of international cooperation between Russia and the West that has not been wrecked by the Ukraine conflict.

The Soyuz trio will join up with three astronauts already at the ISS — Scott Kelly of NASA and Russians Sergei Volkov and Mikhail Kornienko.

The ISS space laboratory has been orbiting the Earth at roughly 28,000 kilometres an hour since 1998.