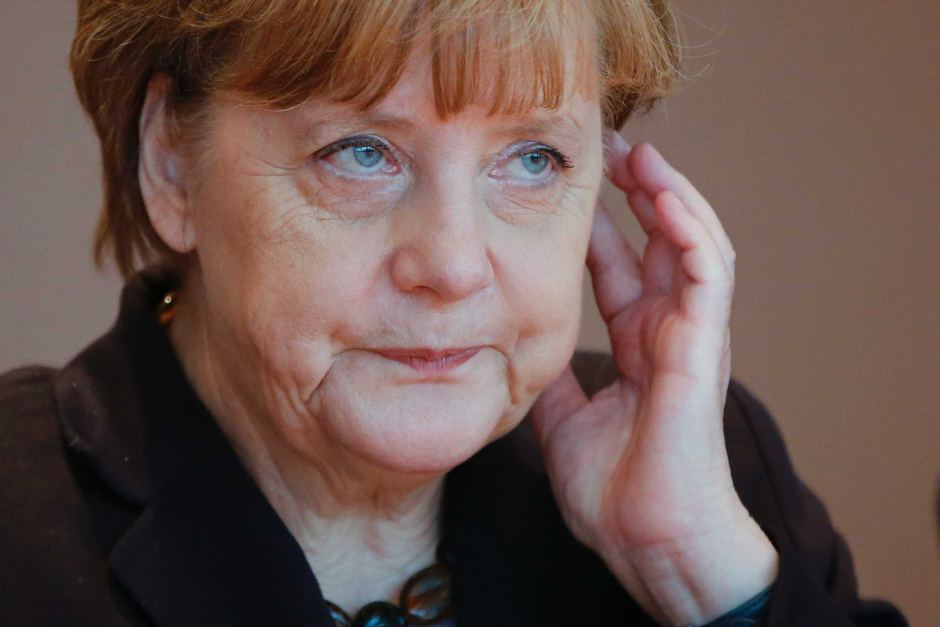 German Chancellor Angela Merkel has defended her refugee policies at a congress of her conservative party, fending off a challenge from critics with a pledge to reduce the influx of migrants and a repeat of her optimistic mantra “we can do this”.

Named person of the year by both Time magazine and the Financial Times for her bold response to the crisis, Ms Merkel has faced growing opposition at home to her open-door refugee policy and has begun hardening her position.

In a rousing speech, Ms Merkel recounted a remarkable year that has seen Germany stand up to Russia over the Ukraine crisis, broker a deal to keep Greece in the eurozone, and welcome hundreds of thousands of refugees fleeing war and deprivation in the Middle East.

She said it had been a “humanitarian imperative” to open German borders to refugees camped out in Hungary back in August.

But in a nod to critics within her Christian Democratic Union (CDU), who have pressed her to introduce a formal cap on the number of migrants Germany will accept, she also said she would stem the flow.

“We want to, and we will, noticeably reduce the number of refugees,” she said.

Ms Merkel’s use of the phrase “noticeably reduce” came directly from a resolution the CDU leadership hastily reworked on the eve of the congress to head off an open rebellion over her refugee policy.

“That was very important as it is completely clear that another million isn’t going to work,” said Kristina Schroeder, a former family minister, in reference to the record 1 million migrants that have entered the country this year.

“That would overburden Germany.”

Ms Merkel won an eight-minute standing ovation at the end of her speech.

“It was important,” said Tobias Bringman, a party member from Stuttgart.

“The whole spectrum, from left to right, must be brought along.”