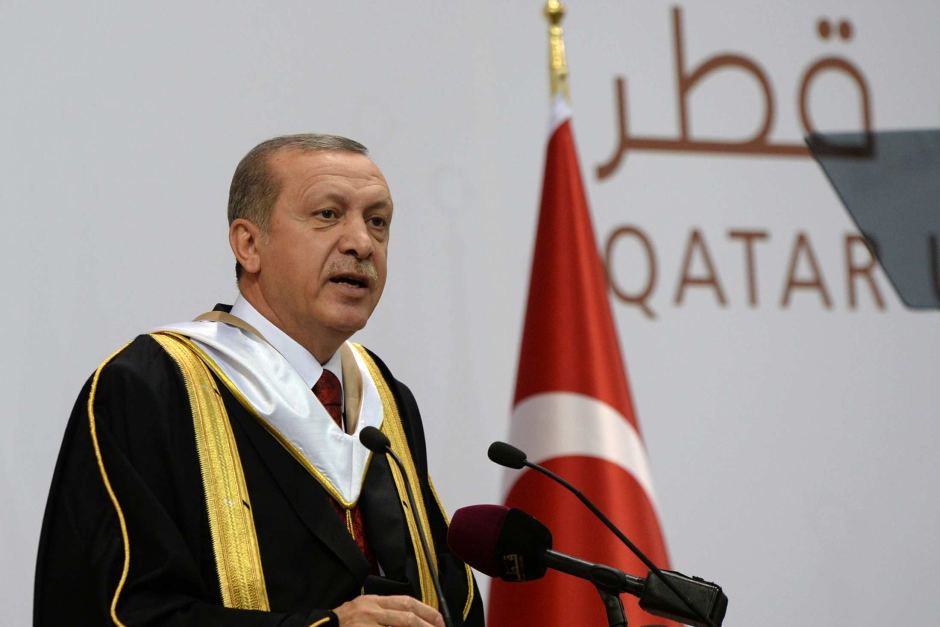 Turkey’s president Recep Tayyip Erdogan says he had proof Russia was involved in illegal oil trade with the Islamic State (IS) group in Syria, countering “immoral” Russian allegations that his own family was importing oil from the jihadists.

The Russian defence ministry on Wednesday accused Mr Erdogan and his family of involvement in the illegal oil trade with IS jihadists after Ankara’s downing of one of Moscow’s warplanes last month which plunged the two countries’ relations into a crisis.

“We have the proof in our hands. We will reveal it to the world,” Mr Erdogan said in a televised address in Ankara.

“Look, Russia has to prove that the Turkish republic buys oil from Daesh, otherwise this is a slander,” he said, using an Arabic acronym for IS extremists.

“The immoral side of this issue is involving my family in the affair.”

Mr Erdogan repeated that he would resign if Moscow proved the allegation and said it was actually Russians who were involved in oil dealings.

“Who is buying oil [from IS]? Let me say it. George Haswani, holder of a Russian passport and a Syrian national, is one of the biggest merchants in this business,” Mr Erdogan said.

In November, the US Treasury imposed sanctions on Haswani, who was also placed on an European Union sanctions list, for serving as a middleman for oil purchases by the Syrian regime from the IS group.

Mr Erdogan said “a famous Russian chess player” was also involved in the oil business with IS, without giving a name.

The new US sanctions also apply to Kirsan Ilyumzhinov, a wealthy Russian businessman and long-standing president of the World Chess Federation (FIDE) who was formerly president of the southern Russian region of Kalmykia.

Turkey has ‘proof’ Russia in oil trade with IS