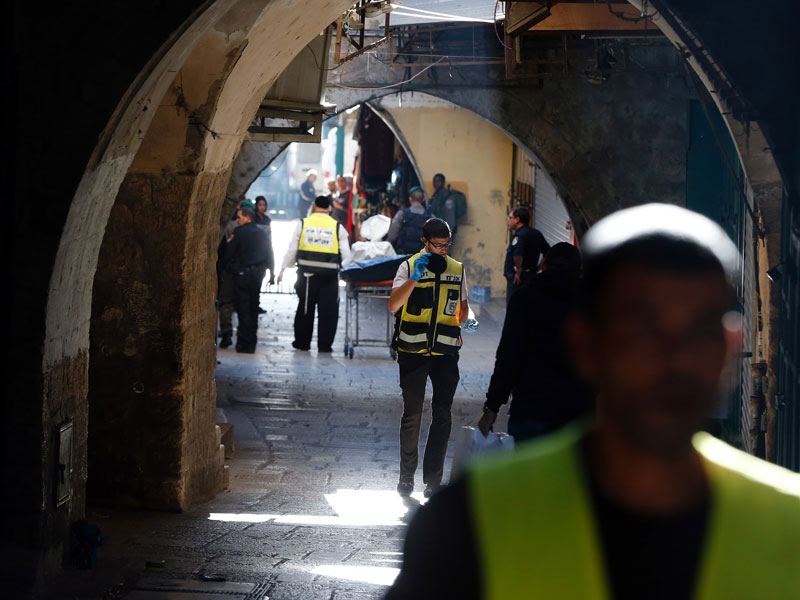 Israeli border police have shot dead a Palestinian who stabbed one of them in the neck as they were patrolling Jerusalem’s historic Old City.

The Palestinian, aged around 38 from the northern West Bank, lunged at a pair of border policemen, stabbing one in the neck as he shouted “God is Great” in Arabic, police spokeswoman Luba Samri said.

The stabbed officer was lightly to moderately injured.

A second knife was found on the attacker’s body, she said.

The incident occurred near the city’s Damascus Gate into the walled Old City.

Shortly afterwards, a suspect stabbed a woman at a bus stop elsewhere in the city, police said.

The teenaged stabber from the West Bank fled and was later arrested at a nearby construction site, Samri said.

The woman, apparently a foreign worker or tourist from the Philippines, was lightly to moderately injured.

The fatality brings to 105 the number of Palestinians killed in the latest wave of violence, the vast majority of them Israel says are attackers, shot dead during or after attempts to stab or run over Israelis.

Nineteen Israelis and a US citizen have been killed in the attacks.

The dead also include an Eritrean (killed by Israelis erroneously thinking he was an attacker) and a Palestinian bystander (mistaken by a Palestinian knife attacker for an Israeli).