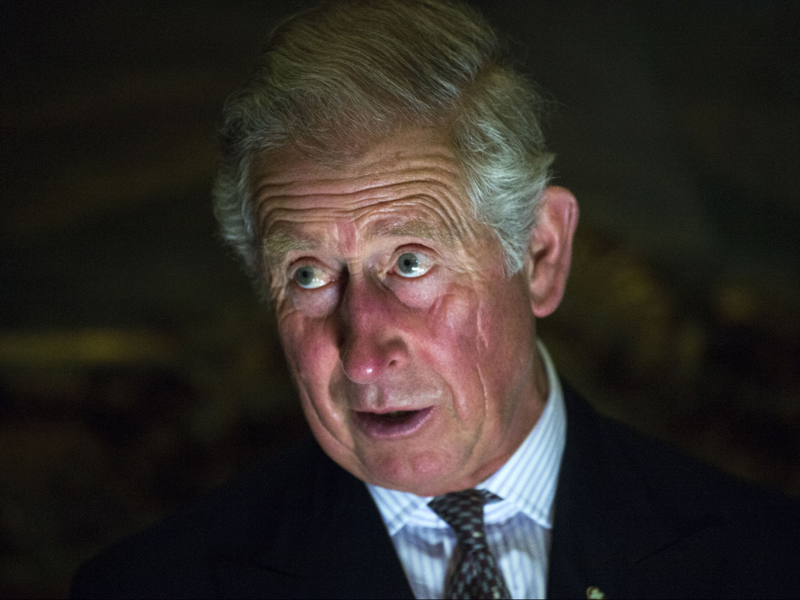 Prince Charles has conceded he was wrong to trust a serial sex abuser's claim that he had nothing to hide. Photo: Getty

Last week, Prince Charles, known for his occasionally outrageous views, asserted what sounds at first to be absurd: that climate change may have been a cause of Syria’s mayhem, which has become an almost global crisis.

On closer inspection, the evidence backs him up.

While certainly not the only cause, an increasing number of experts agree that widespread famine in Syria, linked to warming global temperatures, contributed to the current chaos that has killed hundreds of thousands of people, created millions of refugees and given birth to Islamic State (IS). And that as our planet heats up, we must prepare for more climate wars.

“[T]here’s very good evidence indeed that one of the major reasons for this horror in Syria, funnily enough was a drought that lasted for about five or six years, which meant that huge numbers of people in the end had to leave the land,” The Prince of Wales told Sky News UK in an interview recorded ahead of his keynote speech at the UN climate summit.

When asked if there was a direct link between climate change, conflict and terrorism, the heir to the British throne, a strong advocate of environment protection for many years, agreed it was a “huge impact”.

“It’s only in the last few years that the Pentagon have actually started to pay attention to this. I mean it has a huge impact on what is happening,” he said.

“I mean the difficulty is sometimes to get this point across – that if we just leave it and say, well there are obviously lots of, there are endless problems arising all over the place, therefore we deal with them in a short term way, we never deal with the underlying root cause which regrettably is what we’re doing to our natural environment.”

The evidence is strong

The UN’s special rapporteur on the right to food, Olivier De Schutter, toured Syria in 2010. He reported that from 2006 to 2010 the country was hit by four consecutive droughts that forced over a million people to leave their villages and put between two and three million people into “extreme poverty”.

“As a result of the repeated droughts, many families migrated to the urban centres, in the hope of finding seasonal or more permanent employment,” Mr De Schutter’s report said.

A widely held view is that this congregation of poor, starving, angry citizens provided ample tinder for a political firestorm.

Last year, a female Syrian refugee told Pulitzer Prize-winning journalist Thomas L. Friedman that years of drought, coupled with the Syrian government’s failure to help its impoverished citizens, increased their desire to protest against the regime.

“Government doesn’t try to help in any kind of way,” the Syrian woman said.

“If you notice that most of people in revolution, they are from countryside, countryside of Syria.”

This theory is backed by scientific research. For example, a study conducted by the US National Oceanic and Atmospheric Administration published in 2011 found strong evidence that the Syrian drought was linked to climate change.

Another widely cited study published earlier this year concluded that “human influences on the climate system are implicated in the current Syrian crisis”.

The climate wars to come

As Prince Charles warned last week, the world risks “ever greater conflict” as a result of climate change. It might already be too late to avert the coming “chaos”, he said.

A new Cold War between Russia and the US, fought this time over oil and gas reserves. Mexico collapses into the hands of gang warlords. Nuclear war between drought-stricken Pakistan and India. Left-wing terrorists carry out bombings in the West. China and Indonesia blacken the skies in a failed attempt to curb global warming’s effects, killing millions. All are possible, according to Mr Dyer.

Climate Wars advocates for deescalation, for the world to unite to avert the coming crises. But perhaps, as says the Prince of Wales, the chaos is inevitable. Prince Charles is right about climate change and Syria