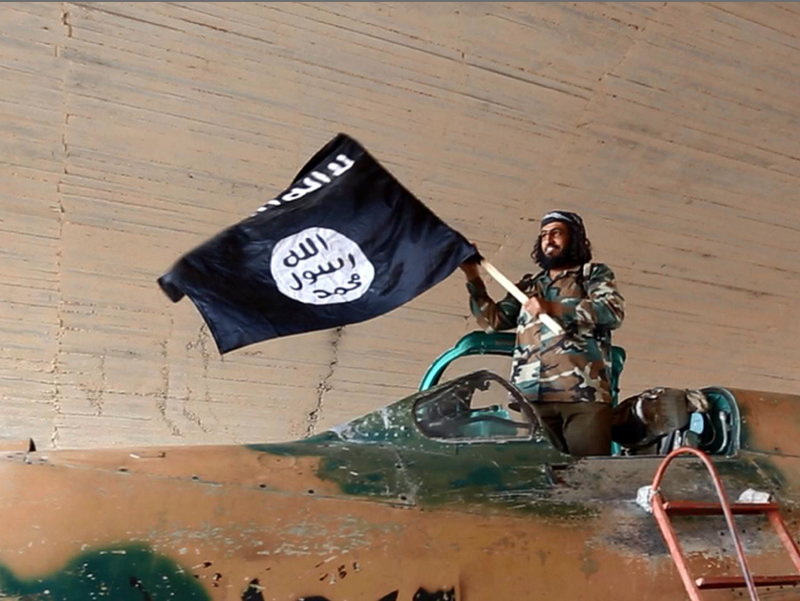 For all the talk of degrading Islamic State (IS), the group has grown even more deadly this year.

Despite a whole host of books in 2015 warning of its increasing power and numerous cautionary tales from some of the world’s most gifted analysts, Australians still seem ill-informed on the subject.

It is as if town criers have swarmed through the streets shouting “Hear ye, hear ye” but no one listened.

Until Paris ripped away the fog.

The Abbott government lulled Australians into believing IS was an easily defeated “death cult”. This week the French President finally called them what they really are – “an army which threatens the world”.

Islamic State’s theology places it as a key agent in a coming apocalypse, it is using an evolved theory of terror to great effect and its members embrace martyrdom.

Almost alone among Australian politicians, Foreign Minister Julie Bishop this year warned the growing power of IS threatened the very notion of modern nation states in favour of an Islamic caliphate.

A new phase of terror

Martin Chulov, author of Australian Jihad and one of the world’s foremost experts on IS, told The New Daily the group is preparing for its “next incarnation”.

Its first 18 months was spent establishing this caliphate, which successfully “stripped the authority of regional countries, fed off grievances of disenfranchised Sunnis and imposed itself as a ‘true’ authority, acting out a divine will”.

“At the same time, it has been preparing for its next incarnation, which is exporting chaos far and wide. We had already seen that in part, with satellites in Egypt, Libya and Yemen swearing allegiance, but the attacks in Paris reveal just how far that capacity has evolved in such a short time,” Mr Chulov said.

“In a sense, it now matters less whether IS can hold on to the contiguous strip of land it controls from Aleppo to Mosul. Its base has been convinced of what it can do. The rest of the world has taken notice.”

Dr Greg Barton of Deakin University said IS had increased its “capacity for mass casualty events and capacity to avoid detection”.

“They have a whole raft of abilities that al-Qaeda never had. They are very capable on social media, at viral marketing and at mobilising youth,” he said.

Professor Clive Williams of Melbourne University said: “Islamic State is not under financial pressure, nor is it lacking for recruits.”

“IS has a plentiful supply of US equipment courtesy of the incompetent Iraqi security forces. IS captured 2300 Humvees in Mosul alone.”

A power born of technology

The most striking fact of the Paris attacks was the ease with which the attacks were organised, highlighting fears of the intelligence community over encryption technology that makes phone calls impossible to track and renders metadata laws useless.

The interconnectivity which so enlivened the 21st century has become the world’s worst nightmare.

Chief executive of Intelligent Risks Neil Fergus said the most compelling aspect of the French investigation has been the use of technology and the “dark web”.

“I have no doubt the head of ASIO Duncan Lewis will be awaiting the results quite anxiously,” he said. “These jihadists have some very smart technologists.”

The readily available technology they use highlights the many contradictions of the war on terror.

Despite years of debate over whether they should be banned, American servers host some of the world’s most extreme jihad sites.

One of the best known, MEMRI, the Middle East Media Research Institute, recently published detailed articles on the encryption programs favoured by jihadists.

Anyone working out how to avoid surveillance simply had to go to the site – the same site from which any Australian teenager can watch the latest execution videos.

They end with the words “Download Free To Your App”.

MEMRI is based in Washington and has tax exempt status as an educational institution under US law.

How does this make sense?

Australia is allied with a nation that cannot control the jihad propaganda spewing from its own soil.

John Stapleton has worked as a journalist at The Sydney Morning Herald and The Australian. His most recent book, Terror in Australia: Workers’ Paradise Lost is available in digital format at all major outlets, including Amazon, Barnes & Noble, iBooks, Google Books and at Australia’s major online bookstore Booktopia.