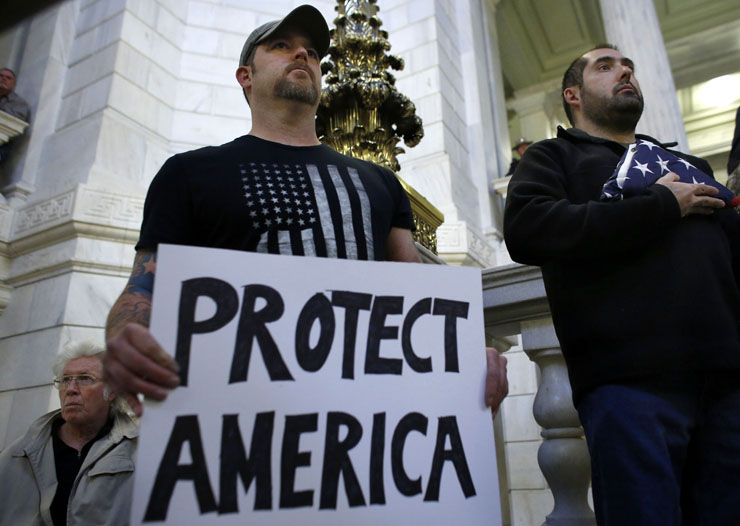 US Congress passed a bill that could prevent Syrian and Iraqi refugees from coming to America.

If passed as a law, only Syrians and Iraqis who received approval from top security officials would be granted US visas, Quartz reported.

The news comes after French President Francois Hollande announced on Wednesday that France would accept 30,000 refugees in the next two years.

The US law would require Syrian and Iraqi refugees to get personal security clearance from the head of the FBI and director of national intelligence.

The law would also require more thorough checks of Syrian and Iraqi refugees, although specifics on the process were not clear.

The bill, which passed within a landslide of 289 to 137, needed just one more vote to deny the White House veto power – which it indicated it may exercise.

Following last week’s attacks in Paris, more than half of the country’s governors said they would not allow Syrian refugees to be resettled in their states, according to Quartz.

Addressing the Council on Foreign Relations in New York, Ms Clinton said a more aggressive approach to IS was required.

“Our goal is not to deter or contain ISIS, but to defeat and destroy ISIS,” Ms Clinton said.

The Democratic candidate said it was time coalition forces actually “took some territory back” from IS.

The comments come after a horror ten days in which 129 people were killed in co-ordinated terror attacks in Paris and another 43 people died in bombings in Beirut.

Islamic State claimed responsibility for both attacks, while so far only EU citizens have been implicated in the Paris attacks.