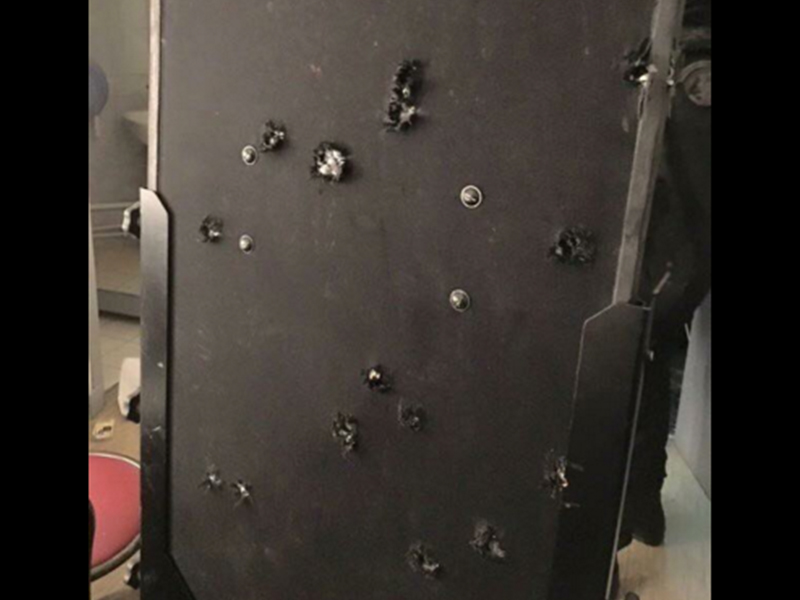 An image has emerged reportedly showing a bullet-hole riddled SWAT team shield believed to be the one used when police stormed the Bataclan theatre in Paris.

On Saturday morning (AEDT) a series of co-ordinated terrorist attacks were carried out across Paris, killing 132 innocent victims.

One site targeted was the Bataclan theatre, where more than 1000 people were watching a performance by American band Eagles of Death Metal.

• Man detained for Paris warning
• What the Paris attacks mean for the world
• President Francois Hollande: ‘France is at war’

Gunmen entered the concert hall and began firing into the audience, killing up to 89 people.

Heavily-armed policemen then stormed the Bataclan to defuse the situation, but the attackers were wearing suicide belts and blew themselves up.

The full image, which has been circulating on social media, appears to show bullet holes caused when SWAT team entered the theatre to confront the killers.