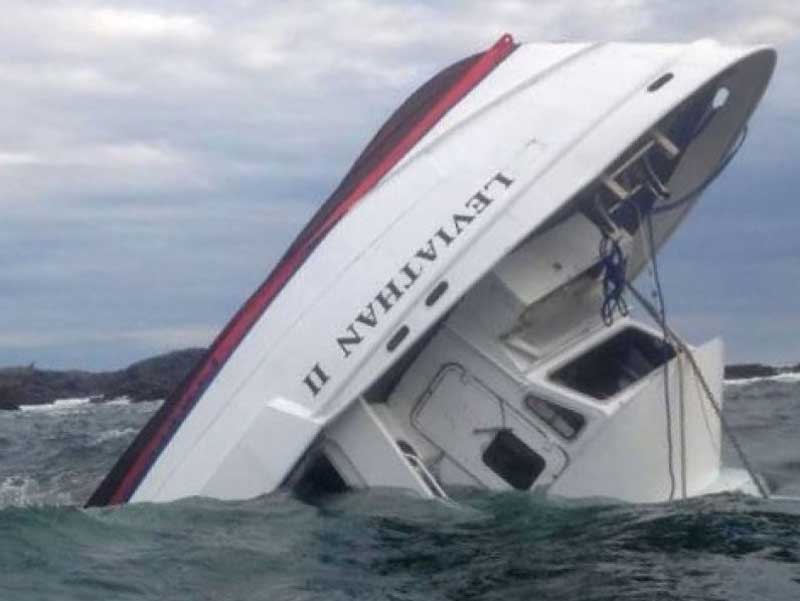 A young Australian man is believed to be among those killed when a Canadian whale-watching boat sank in the frigid waters of the Pacific Ocean on Sunday.

Authorities confirmed five British passengers were killed when the boat sank, while a further 21 passengers and crew were rescued. They continued to search for a sixth person, believed to be a young Australian man.

The family of a Sydney man, in his 20s, told AAP on Tuesday he was missing, feared dead.

There was no official confirmation of what caused the boat to sink, but one responder claimed a freak wave was responsible.

Alec Dick, of the Ahousaht First Nation, was among the first on the scene after the vessel sent up a flare.

“We had a couple of guys that were out doing a bit of fishing, and these guys saw this flare go up and responded,” he told Canada’s Global News network.

“They got swamped by a wave. It just flipped their boat completely. I’ve never seen, in my involvement with search and rescue, heard this happen before.”

The ship capsized in waters less than 10m deep, its bow remaining visible above water.

Lifejackets, handbags, clothing and other personal effects could be seen floating nearby.

The Leviathan II was about 12km off Tofino, a resort town on the western edge of Vancouver Island, when it sent out a distress call to say it was sinking.

Owned by Jamie’s Whaling Station and Adventure Centres, the 20-metre cruise vessel was reportedly out on one of its last tours of the season, which ends on October 31.

“It has been a tragic day. Our entire team is heartbroken over this incident and our hearts go out to the families, friends and loved ones of everyone involved,” owner Jamie Bray said in a statement on the company’s website.

“We are cooperating with investigators to determine exactly what happened.”