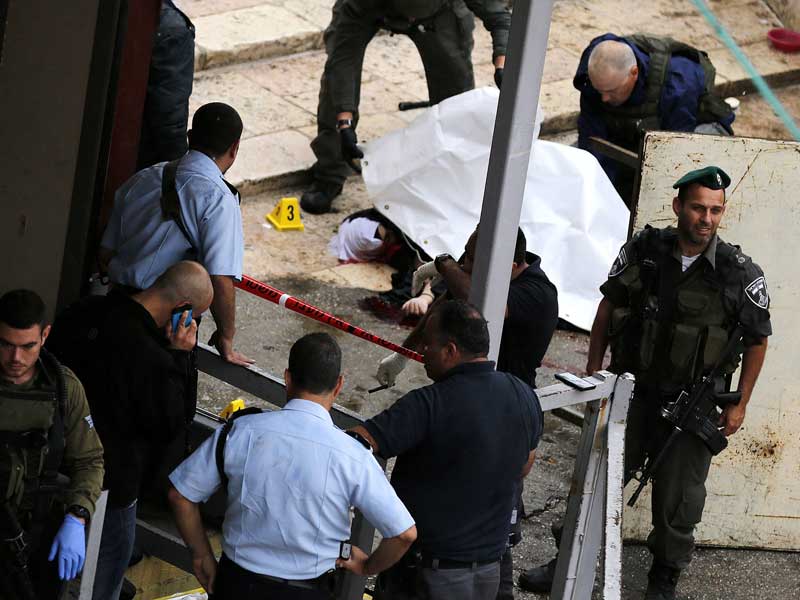 Israeli border police have shot dead a 17-year-old girl after she allegedly approached them with a knife in the southern West Bank city of Hebron on Sunday.

The Palestinian girl was “acting suspiciously”, police claimed. She was requested to identify herself near the shrine known to Jews as the Cave of the Patriarchs and to Muslims as the Ibrahimi Mosque.

“She suddenly drew a knife and approached the forces yelling,” police said in a statement.

“The forces shot at her and neutralised her.”

But witnesses described a different version of events.

Another witness, Abdu Khader, said the girl had presented her backpack to border officers, who then searched it.

“I heard them calling her and saying: ‘where is the knife? Where is the knife?’ She took a step back but there were a dozen soldiers behind her. They shot seven or eight times,” he told AFP.

The Palestinian-led International Solidarity Movement said it had collected eyewitness accounts saying the same thing: that she had first been shot in the legs, that she tried to walk backwards with her hands in the air, but that she was killed with seven or eight shots.

Police maintained their version of events, saying they recovered a knife at the scene.

No officers were injured in the incident.

October has marked a month of violence in Israel, with multiple lone wolf-style attacks perpetrated by Palestinians on Israelis, followed by harsh reprisals by Israeli troops.

The fear is that the violence will escalate into a full-scale ‘intifada’ or guerrilla war – or that such a conflict has already begun.

The violence began on October 1, when alleged Hamas terrorists shot dead a Jewish settler couple in the West Bank in front of their children.

Possible causes of the violence are years of Israeli oppression, the spread of Islamic State propaganda and a fear amongst Palestinians that the Israeli government will further restrict Arab visits to Islam’s third holiest site, the Al-Aqsa mosque, known to Jews as the Temple Mount.

The past few weeks had seen a number of “tit-for-tat” killings, The Washington Post reported, despite a peace deal brokered by the United States on Saturday.