Adolf Hitler wrote his notorious manifesto after being imprisoned for political crimes in 1923.

Hitler is making a huge impact on social media.

The New York Times Magazine has sent the phrase “baby Hitler” trending after asking readers to ponder an intriguing ethical question: Would you go back in time and kill baby Hitler?

The results showed that 30 percent would not kill him, 28 percent were unsure, and 42 percent answered yes.

According to a Fairfax report, 42 percent were then asked to indicate how they would perpetrate the act.

Would you kill #BabyHitler? Show us on the baby how you’d do it: http://bit.ly/1Gwvqq7 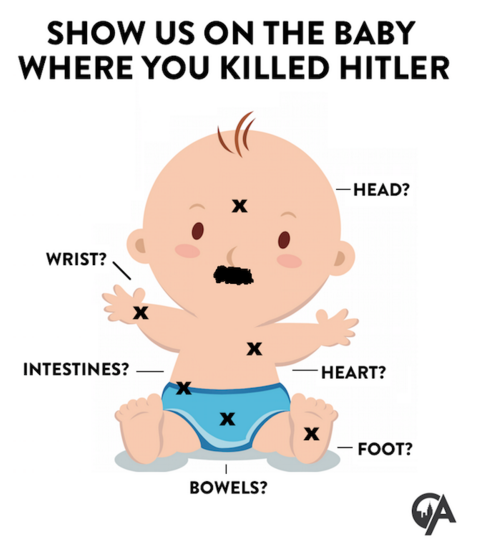 Would you go back in time and kill baby Hitler?

‘Not surprising at all’: Grace Tame on Parliament rape allegations

More than a dozen dead in horror US highway crash

Dolly Parton gets her COVID vaccine – and it’s something to sing about
Noon : Watch The News in 90 Seconds