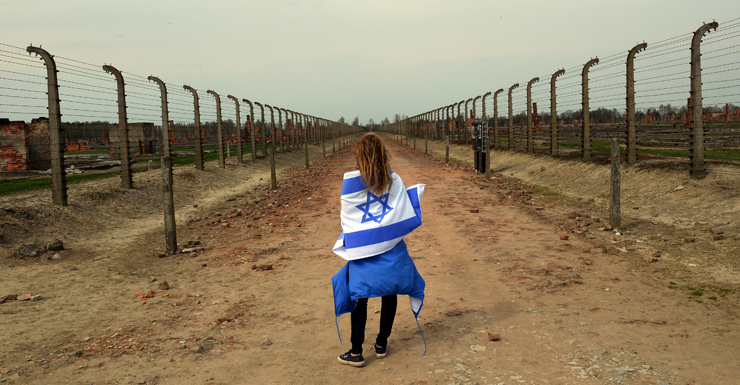 Israeli Prime Minister Benjamin Netanyahu has again said that Adolf Hitler was influenced by a Palestinian to murder millions of Jews, a claim that has triggered anger and ridicule.

“Hitler was responsible for the final solution of the extermination of six million. It was he who took the decision,” Mr Netanyahu clarified on Thursday morning (AEDT).

“[But] it is equally absurd to ignore the role played by the mufti … who encouraged Hitler, Ribbentrop, Himmler and others to exterminate European Jewry.”

The Israeli leader was defending comments he made earlier in the week, which some detractors claimed exonerated Hitler of blame for the Holocaust.

During a speech, he suggested the Nazi leader was not planning to exterminate the Jews until he met Grand Mufti of Jerusalem Haj Amin al-Husseini, a Palestinian nationalist, in 1941.

“Hitler didn’t want to exterminate the Jews at the time. He wanted to expel the Jews,” Mr Netanyahu told the World Zionist Congress.

“And Haj Amin al-Husseini went to Hitler and said: ‘If you expel them, they’ll all come here.’ ‘So what should I do with them?’ he asked. He said: ‘Burn them.'”

The PM sought to clarify those comments on Thursday by saying it was “absurd” that his claim reduced Hitler’s guilt. But he repeated the allegation that the mufti persuaded the Nazis.

Palestinian leaders, the Israeli opposition and historians have criticised the comments.

Mr Netanyahu defended himself shortly before flying to Germany to meet Chancellor Angela Merkel, saying he had “no intention” of exonerating Hitler from his “diabolical responsibility”.

When asked about the controversy, Chancellor Merkel said she saw no reason to change Germany’s view of history.

“We stand by German responsibility for the Holocaust,” she told reporters.

The inflammatory claim marks increasingly hostile and hard-right rhetoric from the Israeli government, whose army and police forces are attempting to suppress a month of violent suicide attacks perpetrated by Palestinians.

“It is a sad day in history when the leader of the Israeli government hates his neighbour so much that he is willing to absolve the most notorious war criminal in history, Adolf Hitler, of the murder of six million Jews.”

There is evidence that Mr Netanyahu claim is historically inaccurate.

In Mein Kampf (1925), Hitler wrote that World War I would have been avoided if “twelve of fifteen thousand of these Hebrew corrupters of the people had been held under poison gas”.

These and other quotes from the autobiography suggest the Nazi leader had imagined mass murder well before any contact with the Palestinian leader.

Mr Netanyahu relied on testimony from a Nazi official at the Nuremberg trials to bolster his claim.