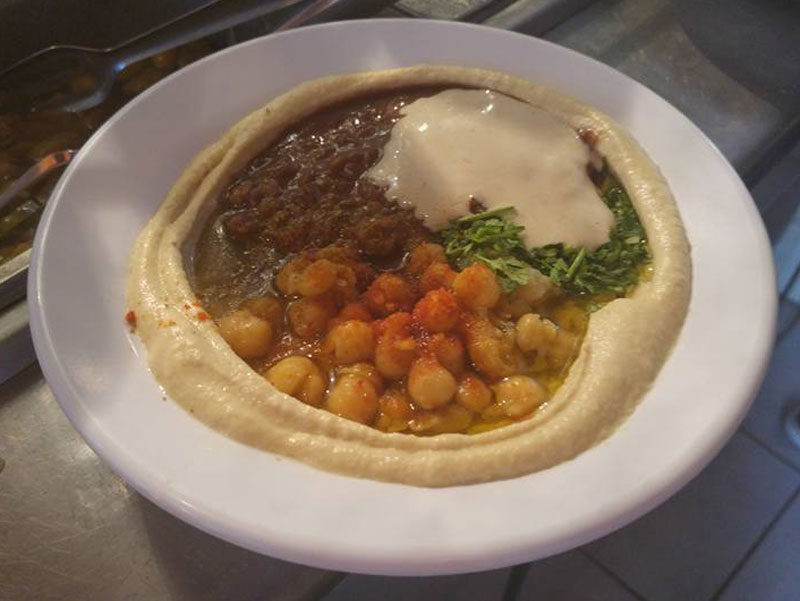 Humus Bar, a family restaurant in the central Israel settlement of Kfar Vitkin, has offered a 50 per cent discount with a twist via its Facebook page.

In mid-October, the cafe launched a half-price campaign for Arab and Jewish people who dined together in the restaurant.

It followed an escalation of tensions between the disparate communities.

Violence between Israeli forces and Palestinian demonstrators increased recently, following a series of attacks from both sides of the war.

In early October, two Israelis were fatally shot in front of their four children while driving in Palestinian territory, and a Palestinian teenager was shot by Israeli police on Sunday after he allegedly tried to stab another boy – a claim rejected by his family.

“Scared of Arabs? Scared of Jews? With us there are no Arabs, but also no Jews,” it read.

“With us there are people! And genuine excellent Arabic hummus! And Jewish, excellent praiseworthy falafel with free refill on every hummus, whether you’re Arabs, Jews, Christians or Indians.

“Special bargain: 50 per cent discount on hummus to a table where Arabs and Jews sit together.”

Manager Kobi Tzafrir told The Times of Israel the offer was well received and that they had served “several tables” of Arab and Jewish people.

“If there’s anything that can bring together these peoples, it’s hummus,” Mr Tzafrir said.