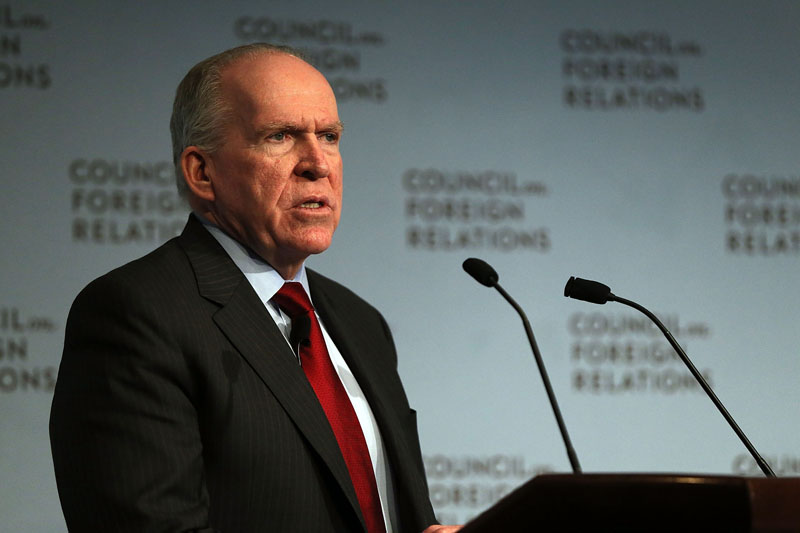 The teens, who claimed to be protesting against US treatment of Palestine, posted revealing information of at least 20 CIA operatives on Twitter, and continue to threaten the release of more.

Mr Brennan’s AOL account allegedly contained the social security numbers of top intelligence officials, a 47-page application for top security clearance and a government letter on the use of “harsh interrogation techniques” of terrorism suspects, reported the New York Post.

In an interview with the New York Post, one of the hackers identified himself as a non-Muslim American high school student, motivated by support for Palestine.

On the Twitter account used to reveal the sensitive information, the students went by CWA or “Crackas With Attitude” – a reference to the ’90s hip hop group Niggaz With Attitudes.

The hackers claimed to have compromised Mr Brennan’s account using “social engineering”, a hacking technique which relies on the psychological manipulation of others.

In this instance, the teenagers claimed to have convinced Verizon staff to handover Mr Brennan’s personal information, before convincing AOL staff to reset his account password.

The breach is embarrassing, not solely because it was done without high-tech hacking techniques, but particularly in the wake of Hilary Clinton’s email hacking scandal, which saw her criticised for choosing not to use a better-protected government email account.

Although a separate Twitter account, allegedly created by the hackers, has been suspended, the Cracka Twitter account is still active, with the hackers recently Tweeting at Verizon to ask the company not to “snitch”.

In a statement, the CIA said: “We are aware of the reports that have surfaced on social media and have referred the matter to the appropriate authorities.”

I’m not doing any Interviews, you can just put that we, CWA, say #FreePalestine and #FreeGaza — cracka (@phphax) October 19, 2015

The head of @CIA, John Brennan, was going to give us money to leave him alone HAHAHHAHA — cracka (@phphax) October 17, 2015

Peter Dutton touted as next Liberal leader as he claimed victory in Dickson
‘The urgency of the situation’: WHO steps in as monkeypox cases erupt around the world
Volodymyr Zelensky: How war will end as Ukraine ‘breaks backbone’ of Russian army
Jim Chalmers decries Coalition waste as Labor hits the hustings amid downpours in Queensland
Anthony Albanese, Scott Morrison cast their votes in Sydney
Australian aces at French Open out to show there’s life after Ash Barty
Oscar Pistorius released after one year in prison
Today's Stories