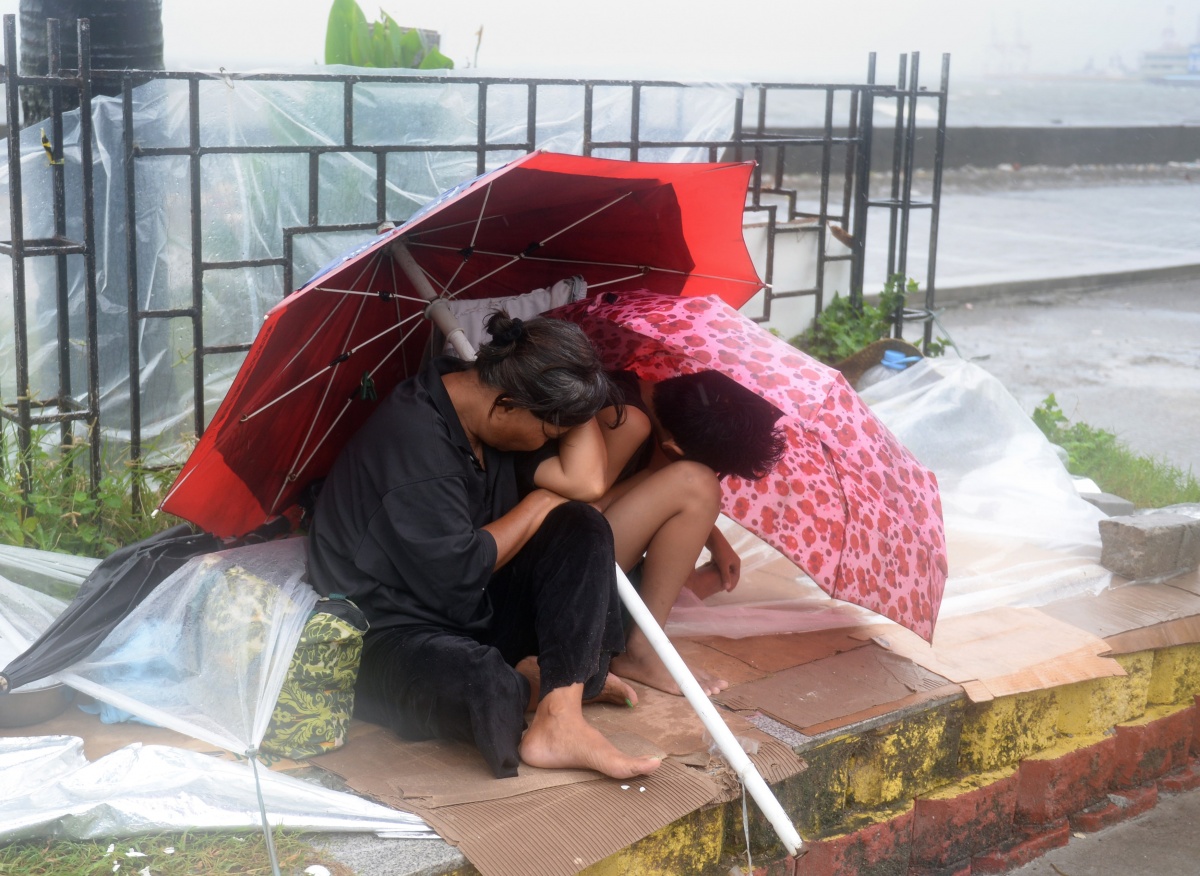 Residents of flooded farming villages in the Philippines were trapped on their rooftops and animals floated down fast-rising rivers, as the death toll from Typhoon Koppu climbed to 16.

Koppu, the second strongest storm to hit the disaster-plagued Southeast Asian archipelago this year, had also forced more than 60,000 people from their homes, authorities said.

After making landfall on Sunday morning on the east coast of Luzon, the Philippines’ biggest island, the slow-moving typhoon brought heavy rain to some of the nation’s most important farming areas.

Military, government and volunteer rescue units equipped with rubber boats were trying to help residents in dozens of flooded villages, according to Nigel Lontoc, a regional rescue official.

“The floods are rising fast and some people are now on their rooftops,” Lontoc said, but added there were not enough rescuers and he did not know how many have been saved.

Lontoc said many thousands of people may be stranded in those villages, although it was too early to determine an exact number.

Authorities confirmed at least 16 people had died because of the storm, and the death toll was expected to rise as full accounts from badly hit villages were gathered.

The storm is also forecast to continue dumping heavy rains across the Philippines until Wednesday.

In Santa Rosa, water buffalo, pigs, goats, dogs, washing machines and furniture lined the sides of a storm-tossed highway, where about 200 residents had been seeking refuge from the floods since Sunday night.

Wide expanses of rice paddies had disappeared under torrents of water throughout the towns and villages north of Manila because of runoff from torrential rain unleashed by Koppu on nearby mountain ranges.

Koppu initially hit fishing and farming communities on the east coast of Luzon with winds of 210 kilometres an hour, making it the Philippines’ second most powerful storm of the year.

By early evening on Monday, it was on the far northwest coast of Luzon and nearly out into the South China Sea, with its strongest winds weakening to 150 kilometres an hour, the state weather service said.

But Koppu was still dumping heavy rain and it was forecast to cut back northeast over Luzon and not leave the country until Wednesday.

The Philippines is hit with about 20 major storms a year, many of them deadly.

The most powerful storm ever recorded on land, Super Typhoon Haiyan, hit the Philippines in 2013, killing or leaving missing at least 7350 people.

In the deadliest single incident related to Koppu, seven passengers aboard a small ferry were killed when it capsized in rough seas off the central island of Guimaras on Sunday.

Although the accident occurred more than 500 kilometres from the direct path of the typhoon, local authorities said the storm exacerbated seasonal monsoon conditions.

Three people were confirmed killed in Aurora province, where the storm made landfall, and four in the farming regions just north of Manila.

Most of those fatalities were due to drowning or being struck by fallen trees or other objects.