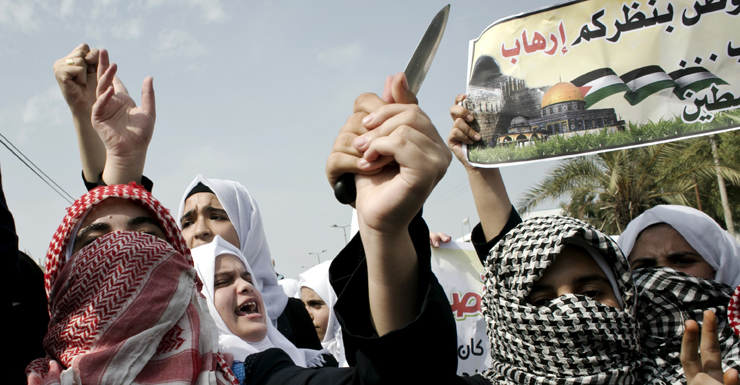 Two Arab attackers have opened fire in a bus station in southern Israel, killing one Israeli and wounding six others in one of the boldest attacks yet of a month-long wave of violence.

Sunday’s attack came as Israel further tightened security around the country, highlighted by the construction of a barrier separating Jewish and Arab neighbourhoods in east Jerusalem.

In a bid to halt the fighting, US Secretary of State John Kerry said in Paris he would meet the Israeli and Palestinian leaders in the coming days.

Israel has deployed thousands of police, backed up by troops, to maintain order following a spate of attacks, mostly stabbings, by Palestinian assailants. Those measures have so far failed to stop the violence.

In Sunday night’s attack, police said the two assailants entered the central bus station in the southern city of Beersheba and began shooting and stabbing people.

They said an Israeli man was killed and six other people, including four police officers, were wounded to varying degrees.

Doron Ben-Hamo, a police spokesman, told Channel 2 TV that one of the attackers appeared to have stabbed a civilian and then stolen his weapon.

One of the attackers was shot and killed, while the second was shot and wounded. Details on his condition were not immediately known.

Israeli media showed footage of a blood-streaked floor and rows of ambulances outside the bus station.

Security camera footage from the bus station aired on Israeli TV showed what appeared to be a civilian shooting one of the attackers as soldiers and civilians crouched for cover nearby.

The attack was one of the most serious incidents amid near-daily bouts of violence that has hit Israel and the Palestinian territories over the past month.

After the attack, a crowd of Israelis gathered outside the bus station and chanted “death to Arabs.”
The unrest erupted in Jerusalem a month ago over tensions surrounding a Jerusalem holy site sacred to Jews and Muslims.

Palestinians said the roadblocks are collective punishment and ineffective in deterring attackers.

Israeli leaders say the violence is due to Palestinian incitement. But Palestinians say it is the result of years of Israeli occupation, failed peace efforts and lack of hope among their youth.

Over the past month, nine Israelis have been killed in Palestinian attacks, most of them stabbings. In that time, 41 Palestinians were killed by Israeli fire, including 20 labelled by Israel as attackers, and the rest in clashes with Israeli troops.