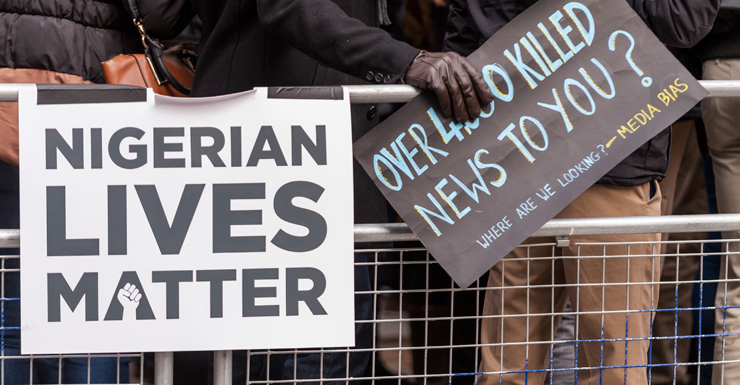 The suicide bombers detonated the blasts in a remote village in the country’s north east, while people hid from a suspected attack from the Boko Haram group.

Police and local officials said the townspeople were hiding when the building they were in was destroyed by the alleged suicide bombing.

Boko Haram has repeatedly attacked the area, which is near the border with Borno state to the north and the Islamists’ Sambisa Forest stronghold, prompting calls for better security.

“Residents fled to the bush. After a while, two women who disguised as fleeing locals blew themselves up… while the gunmen shot at survivors,” he told reporters.

Suicide bombings have accounted for seven of the eight recorded Boko Haram attacks this month in Nigeria.

In October alone 101 people have been killed in Nigeria, according to an AFP tally, while nearly 1,370 have died since President Muhammadu Buhari came to power on May 29.

On Sunday, soldiers shot dead a suspected suicide bomber outside the main military base in the Borno state capital, Maiduguri, detonating explosives concealed in her handbag, a civilian vigilante and a military source said.

At least 34 people were killed in a wave of attacks on Thursday night and Friday morning on the outskirts of Maiduguri, while last month 117 died in explosions in the Ajilari Cross area of the Borno state capital.