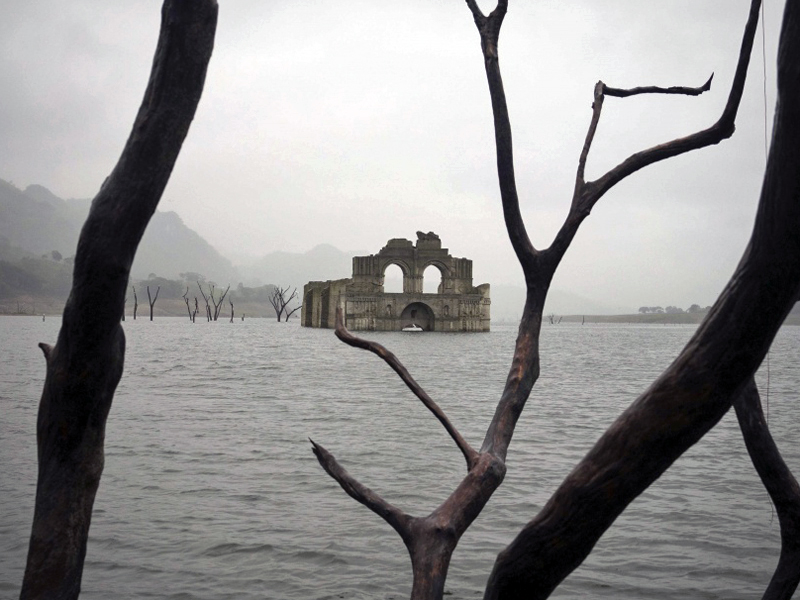 The stunning ruins of a 400-year-old church have mysteriously appeared from a reservoir in southern Mexico.

It is believed the church was built by Spanish colonisers in the 16th century, and has been revealed thanks to a water level drop of at least 80 feet in the adjoining Grijalba river.

The church, situated in the state of Chiapas features 10 metre high walls, a 14 metre wide hall and is 61 metres in length.

According to The Independent, fisherman are ferrying excited passengers close up to the ruins, which became submerged due to flooding in 1966.

The river was last this low in 2002, when visitors were able to walk through the church.

Architect Carlos Navarrete, who worked on a report into the building, said: “The church was abandoned due to the big plagues of 1773 to 1776.”

The temple is linked to a well-known figure in Spanish history, Friar Bartolome de las Casas.

He arrived in the Mexican city of Quechala from Spain in the mid-16th century and built the church with a group of monks he brought with him.

Friar Bartolome de las Casas was the first bishop of the church and he played a role in the colonisation of the area and negotiations with local natives.

He advocated strongly against slavery and helped pass laws in 1542 which curtailed some slavery practices in South America.