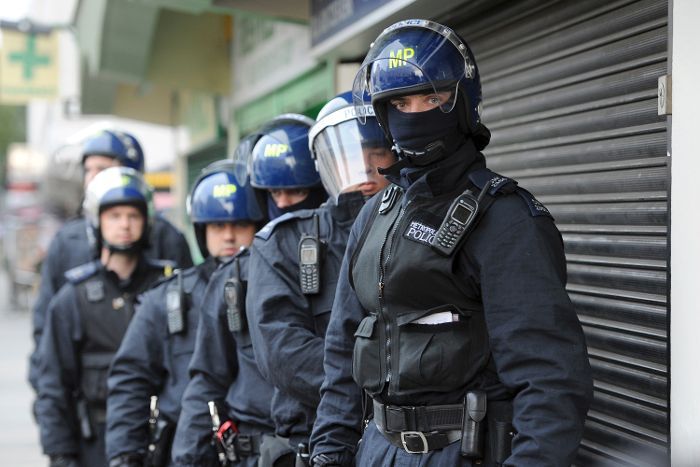 A 16-year-old British girl who downloaded bomb-making recipes and was told of an Anzac Day terror plot in Melbourne has avoided a custodial sentence.

The girl, who cannot be named for legal reasons, wore a headscarf and sat with her mother as she was sentenced by District Judge Khalid Qureshi in the Manchester Youth Court on Thursday.

She pleaded guilty to two charges of possessing documents likely to be of use to a person preparing or committing an act of terrorism, namely a recipe for explosives and The Anarchy Cookbook.

The judge decided not to send the girl to a youth detention centre, but instead issued an intensive referral order, meaning she will be in the hands of a range of assistance and rehabilitation agencies.

Police were led to the girl after investigating a 14-year-old boy in the north of England for inciting a Melbourne man to kill police on Anzac Day.

Judge Qureshi said the girl had shown regret and remorse and there was no evidence she was plotting a terror act or was involved in the Anzac Day plotting.

He said the girl had not sent the terror-related material she downloaded to anyone else, she had not tried to encrypt or conceal the material, nor had she sought to radicalise others.

On those grounds he concluded “the risk of serious harm was low” from the girl’s offending.

He said the girl’s mother was horrified to learn what her daughter had done and he noted that “many parents are unaware of the dangers of unlimited access” to the internet to their children.

In a statement after the sentencing, Mr Hafezi said his client recognised her behaviour had harmed herself and those around her but she now wanted to move on with the support of new mentors.