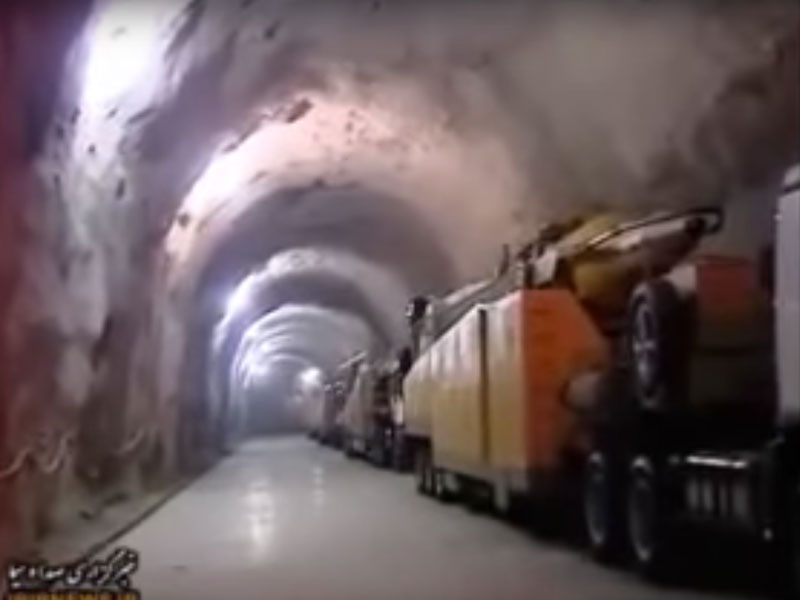 Iran has revealed an underground tunnel packed with missiles and launcher units in a report to the country’s state television service.

The pictures were released on Wednesday, just three days after Iran tested a new long-range missile that the United States said may have breached a UN Security Council resolution.

It apparently showed trucks and crates containing what appeared to be ballistic missiles and launch technology.

Iranian soldiers also featured in the broadcast, which was set to a dramatic Hollywood-style soundtrack.

The missile launch and underground footage followed pressure from MPs to prove the military had not been weakened by the nuclear deal reached with six world powers, including the United States.

“The Islamic republic’s long-range missile bases are stationed and ready under the high mountains in all the country’s provinces and cities,” he said, The Guardian reported.

The commander said the missiles were ready to be launched on the order of “the supreme commander-in-chief”, Ayatollah Ali Khamenei.