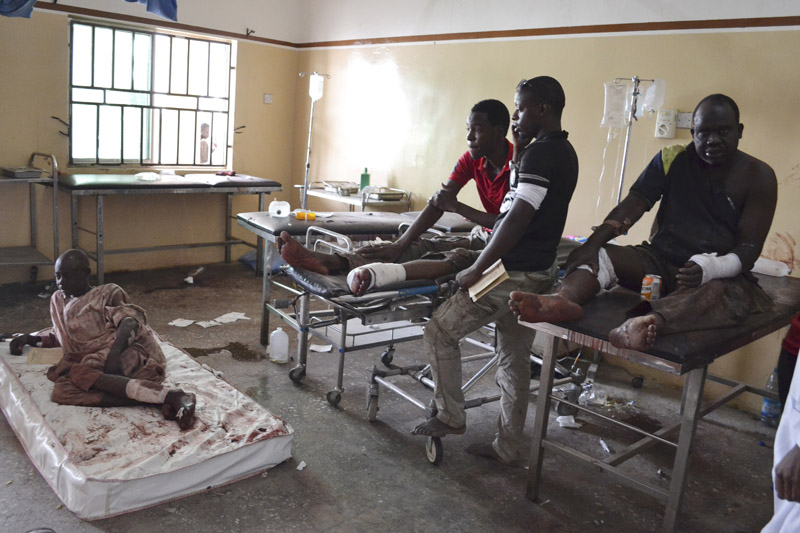 Dozens of worshippers have been killed when suicide bombers blew themselves up in a mosque in the northeastern Nigerian city of Maiduguri, witnesses said.

“All the people in the mosque died. Not a single one escaped,” said Muhtari Ahmadu, a trader near the scene.

A vigilante supporting the security forces in the fight against the militant Islamist group Boko Haram, which has carried out repeated attacks in the region, said he had counted 42 bodies of victims.

“We counted 42 dead bodies outside the mosque. Most of them are sympathisers and a few are our members who went to help,” vigilante Amadu Marte said.

The bombers slipped into the mosque disguised as worshippers, witnesses said.

The blasts went off around 6.30pm (local time) in Molai, in the western suburbs of Maiduguri, where worshippers had gathered for evening prayers, the witnesses said.

“The mosque can accommodate at least 40 people at a time but I don’t know whether many people were inside at the time of the incident,” Ahmadu, the trader, said.

There was no immediate claim of responsibility for the attack but suspicion fell on Boko Haram, which was founded in Maiduguri in 2009.

At least 17,000 people have been killed and more than 2.5 million made homeless since the group began its bloody campaign for an Islamic state in northeast Nigeria.