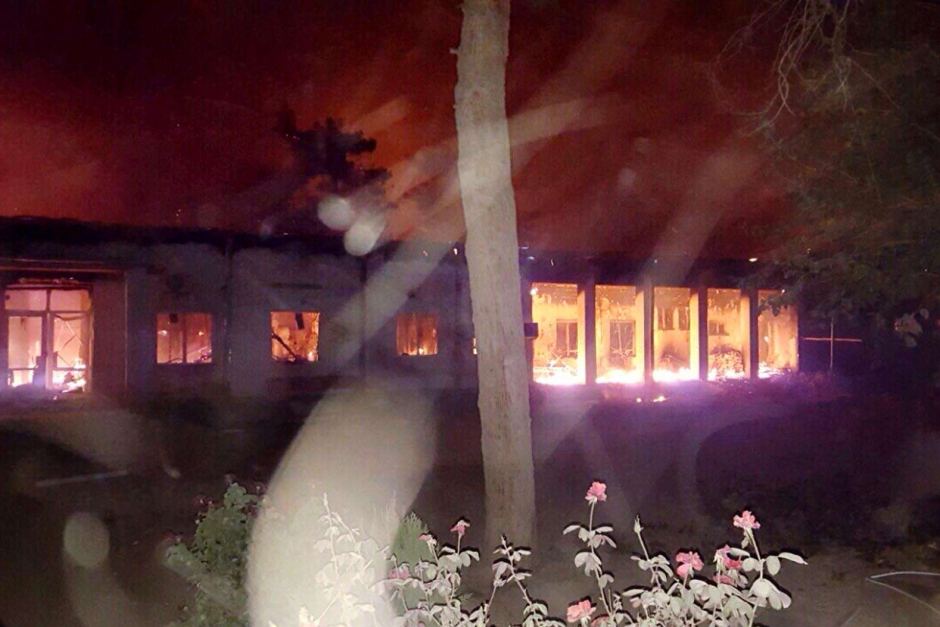 Relatives of the only Australian who was in the Médecins Sans Frontières hospital in the Afghan city of Kunduz when it was bombed by US forces have spoken for the first time about their outrage at the incident.

Australian Kathleen Thomas was lucky to survive the attack, but 22 others did not, including 12 of her MSF friends and colleagues.

She and her family are angry that the Australian government has done nothing to help since she returned from what she describes as the worst day of her life.

It was almost two weeks ago when US forces led a bombing raid on the MSF hospital she was working in, with 180 staff and patients inside.

The family of the 32-year-old say it is a miracle she survived.

Ms Thomas returned to Australia at the weekend thankful to be alive, but very angry.

“The events that unfolded that early morning can only be described as a nightmare.

“Our colleagues didn’t die peacefully like in the movies. They died painfully, slowly, some of them screaming out for help that never came, many alone and terrified knowing the extent of their own injuries and aware of their impending death.

“Those that didn’t die sustained major injuries which will render them severely disabled for the rest of their lives.

“Kunduz city has lost its only functional health care facility, leaving wounded civilians with nowhere to get medical treatment.

“The US military cannot show such utter disregard for international humanitarian law and get away with it. There must be accountability for this brutal event.”

Gail Thomas also said she was appalled that the Australian government had not checked on her daughter despite knowing that she had returned to Australia.

“To me that is beyond belief,” she said.

“I think it’s just absolutely imperative that the Australian government, as an ally, puts pressure on the US government to accept an independent investigation, because it’s just been ignored.”

Kathleen Thomas’ sister, Julia, also backed that call, and said that the lack of support had been appalling.

“They’re working at a hospital, so they were on neutral ground,” she said.