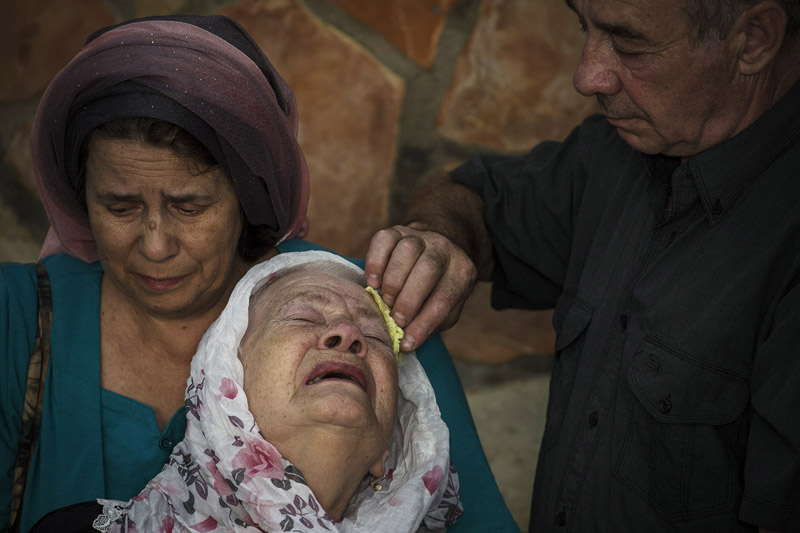 Israel has responded to a surge of violence in East Jerusalem by easing gun laws and deporting 19 Palestinian permanent residents.

Road blocks have also been set up and soldiers deployed throughout the eastern part of the city.

Israeli parliament decided on the changes in an emergency sitting, after escalating violence culminated in the murder of three Israelis on Tuesday.

“In light of the security situation, I have decided to ease the conditions for granting a licence to posses a firearm,” Internal Security Minister Gilad Erdan wrote on Facebook.

Jerusalem has been added to a list of “high priority” areas, such as the West Bank, where residents can gain easier access to guns if they meet requirements, reported The Jerusalem Post.

Local councils will now be allowed to issue gun licences, instead of only the interior ministry.

Security firms can now allow guards to take their firearms home with them, while a number of soldiers and ex-soldiers, as well as shooting instructors will be granted licences.

Those with older guns will be permitted to swap them for newer ones.

Prior to the changes, Israeli residents of three years or more and over the age of 21 could apply for a gun licence if they underwent background and mental health checks, as well as a shooting course.

The move comes after a numbing of stabbing attacks perpetrated by Palestinians has given rise to unrest in the annexed area of East Jerusalem.

Seven Israelis and 30 Palestinians have been killed in the bloodshed.

Palestinian officials denounced the increased security as “collective punishment in violation of all international law”, according to the ABC.

Human Rights Watch criticised the decision to strip Palestinians of their residencies, a move equal to deportation and therefore contrary to humanitarian law in occupied land.

East Jerusalem has been occupied by 310,000 Palestinians since Israel claimed Jerusalem in 1967.

Following the occupation, Palestinians were afforded permanent residency status, or citizenship if they met certain criteria.

Israel claimed the entire city of Jerusalem as its indivisible capital in 1967, a claim not recognised internationally.