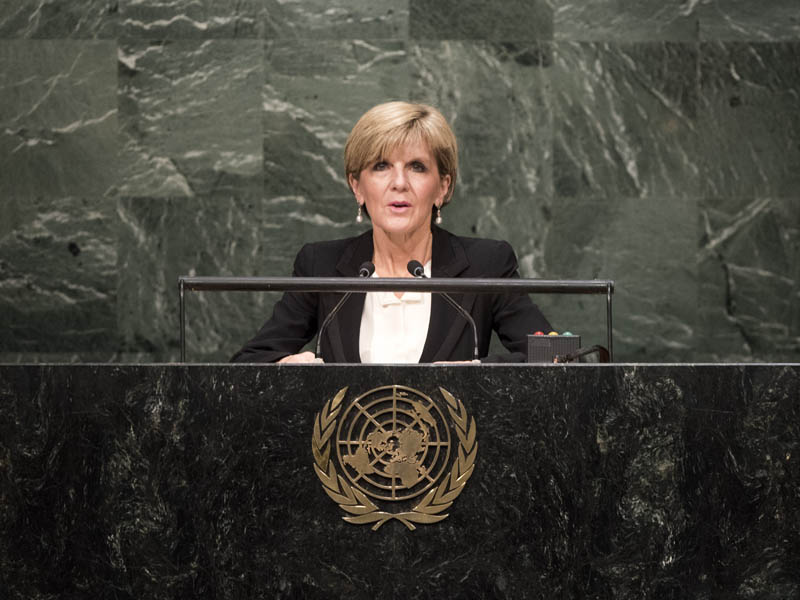 Australian foreign minister Julie Bishop has sworn to seek justice for the families of those aboard MH17 who were killed by a Russian-made missile.

Ms Bishop accepted the findings of a Dutch investigation released on Tuesday night, which determined the cause of the crash without apportioning blame.

“We are absolutely determined to hold the perpetrators of this atrocious act to account,” she told Sky News on Wednesday morning.

“We are determined to continue to seek justice for the families and those on board this flight.”

Ms Bishop also criticised Russia’s immediate attempt to discredit the report, saying she was “not surprised”.

Russia responded with scepticism to the Dutch inquiry, which ruled out any cause for MH17’s destruction other than a Russian-made BUK missile.

On Tuesday night Australian time, the Russian foreign ministry said it was concerned the report was an attempt to justify early accusations of Russian culpability.

“There remain serious doubts whether the genuine goal of an investigation conducted in the Netherlands is the establishment of true reasons behind the catastrophe and not a justification of accusations that have been put forward in advance,” a foreign ministry spokeswoman said, according to Sky News.

Russia has repeatedly blamed the Ukrainian military, which, along with Russian-backed rebels, was reportedly in possession of BUK missile systems at the time of the tragedy.

The maker of the missile, the Almaz-Antey company, refuted the report’s findings, saying the crash was caused by an older BUK model — the same model sold to the Ukrainian government.

A Moscow spokesperson also blamed Ukraine for failing to close the air space where MH17 went down. The Dutch report agreed.

No Americans perished in the downing of flight MH17, however the US assisted in the Dutch investigation into the tragedy.

A spokesperson for US Secretary of State John Kerry said the report validated what Mr Kerry already suspected.

“We welcome the important findings of the Dutch safety board,” the spokesperson said.

“This report validates what secretary Kerry said more than a year ago. And that is that MH17 was shot down by a BUK surface to air missile.

“Our sympathies and thoughts remain with the families and friends of the MH17 victims.”

Dutch Prime Minister Mark Rutte called on Russia and its President Vladimir Putin to assist with the criminal investigation into MH17.

“I hereby call on the Russian authorities to fully cooperate in the remainder of the criminal investigation by the prosecutor,” Mr Rutte said during a press conference after the report was released, NDTV reported.

“The first priority was the repatriation and identification of the victims,” Mr Rutte said.

“It is important now to continue to do everything we can to ensure that the guilty parties do not escape justice.”

The Dutch death toll in the fatal MH17 flight was the highest, with 193 of Mr Rutte’s citizens perishing.

‘We will seek justice for the families of MH17’