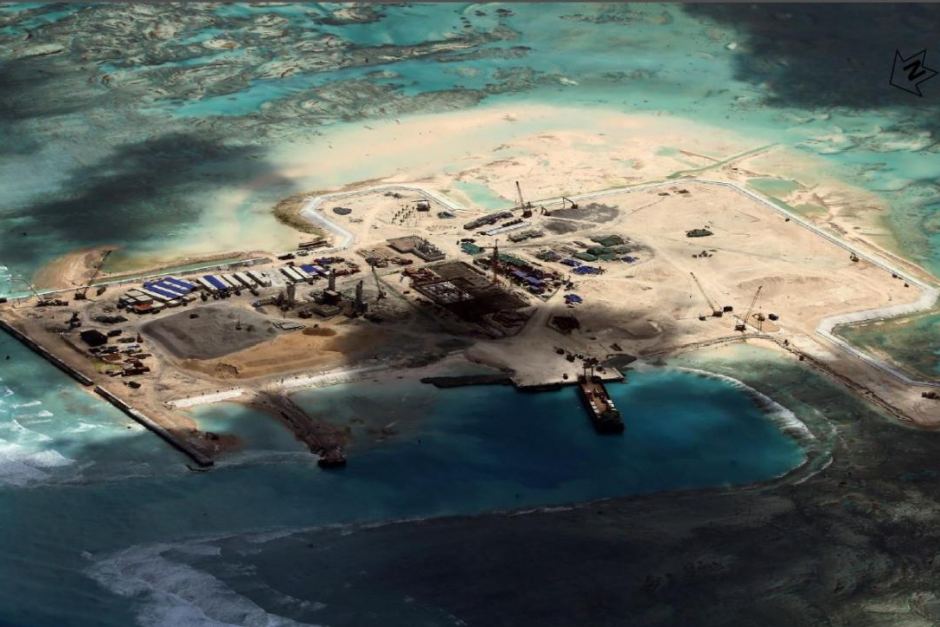 China has criticised Australia and the United States for recent comments about the South China Sea, telling the two countries they should be promoting regional stability rather than “adding fuel to the flames”.

The Australian and US defence and foreign ministers have wrapped up two days of talks in Boston, where they expressed “strong concerns” at China’s construction of artificial islands in the disputed waters.

The Chinese Embassy to Australia said it was “seriously concerned” about the comments, adding they were “neither responsible nor constructive”.

“We urge the relevant sides to stop applying double standard,” it said in a statement.

“It would be more helpful if they could honour their commitment of not taking sides on relevant disputes and do more to promote regional peace and stability in the true sense of the words rather than light a fire and add fuel to the flames.”

Australia and the United States have agreed to “enhanced naval cooperation across all domains” as tensions rise in the South China Sea.

“We have a very strong agreement to pursue enhanced naval cooperation, which will include additional combined training and exercises between our two navies,” Defence Minister Marise Payne said at a joint press conference following the AUSMIN talks.

It has been speculated the agreement could involve patrols within 12 nautical miles of China’s new islands — waters Beijing claims as its own.

The ministers said the US and Australia were committed to maintaining freedom of navigation for ships and planes in the sea, which is a vital route for trillions of dollars of regional trade.

When asked about the possibility of patrols, US defence secretary Ash Carter declared “the United States will fly, sail and operate wherever international law allows” and the South China Sea will be no exception.

He said a number of countries were alarmed by the growing military presence in the area and had been asking the US for more military cooperation.

Some analysts in Washington believe the US has decided to undertake a patrol close to the Spratly Islands this week or next.

China has claimed much of the sea and last week warned it would not tolerate violations of its territorial waters.

Ms Bishop repeatedly welcomed a declaration from Chinese president Xi Jingping, made in Washington last month, that Beijing did not intend to build up its military presence in the sea.

“We welcome that statement and we will certainly hold China to it,” she said.

But in a joint statement issued following the meeting, Australia and the US “expressed strong concerns over recent Chinese land reclamation and construction activity”.