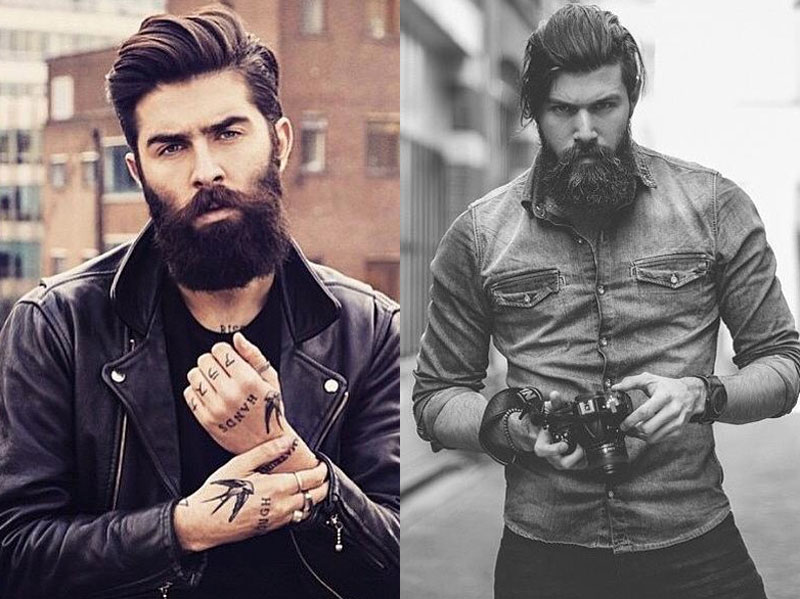 Swedish hipsters became the first victims of ‘facial profiling’, after they were mistakenly identified as members of Islamic State.

A Bearded Villains charity club photoshoot at the ruins of the Brahehus Castle in Sweden on Saturday ended in a visit from police, after they received reports of bearded men with a black flag – thought to belong to the terror group.

“They told us that a motorist thought he had seen a gathering of IS terrorists,” 32-year-old public relations worker Andreas Fransson told The Independent.

But police later left “with smiles on their faces” after realising there was nothing sinister about the meeting.

The group, created in 2014, describes itself as “a brotherhood of elite bearded men from all over the world” dedicated to “the beard, charity, family, respect [and] loyalty”.

The group’s flag – two crossed sabres on a black background – is passed around between chapters, with each group taking photos with it “to show our community”.

Mr Fransson admitted the flag could easily be confused with IS, but said it was a “shame” to be linked with the terror organisation.

“We belong to a club that is part of an association created in the United States, called the Bearded Villains, and which fights against injustice, homophobia, racism and oppression,” he said.

“It was a funny incident but it’s a shame to be associated with IS, given our charity work.”

John Ekeblad, co-leader of the Swedish group, told Sweden’s Metro newspaper that while they laughed about the incident at the time, it highlighted the prejudices bearded men can face.

“It’s one of the foundations of our brotherhood, that you should not judge others before you know the facts,” he said. “It’s the same with beards – each and every day you hear someone say you are a terrorist.”

Bearded Villains posted to social media following the run in with authorities.

Don’t judge a book by its cover. Or a Man by his beard.

Apart from charity work, they also sell merchandise with slogans that pay homage to the luscious facial locks.

Slogans range from the riotous “my dad is a bearded villain”, to suggestions that the “beard is not a trend, it is a lifestyle”.

See a video below of the Swedish chapter’s photoshoot