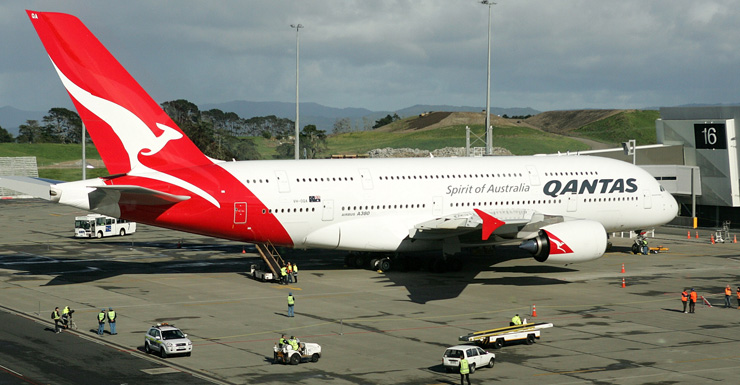 European authorities have warned airlines flying over the Middle East that Russia is firing long-range missiles into Syria that could collide with their passenger jets.

Qantas A380 aircrafts pass over Iran two times a day on routes from Dubai to London, Fairfax Media reported.

The national carrier used to fly directly over Syria and Iraq, but stopped doing so last year after that more direct route became too risky.

The warning from the European Aviation Safety Agency (EASA) was based on “public sources”.

“EASA was informed from public sources of several launches of missiles from warships, located in the
Caspian Sea, to Syria on 06 and 07 October 2015,” the report said.

“Before reaching Syria, such missiles are necessarily crossing the airspace above Caspian Sea, Iran and Iraq, below flight routes which are used by commercial transport aeroplanes.”

The Qantas planes fly at 39,000 feet over the Middle East, tens of thousands of feet higher than a typical missile.

The Russian missiles come from warships sailing the Caspian Sea near Iran.

EASA indicated there are no specific recommendations in relation to the reported risk, but wrote it would update airlines if more “specific information is received”.

The warning comes as the global aviation industry tries to better inform airlines of potential missiles risks, after the downing of Malaysia Airlines flight MH17 in July 2014.

A Qantas spokesperson told Fairfax Media: “We always monitor and consult with the intelligence community on any safety risks and we have alternative flight paths in place if we decided they were necessary.”

Air France had reportedly altered its flight path as a result of the warning, which came on October 9.