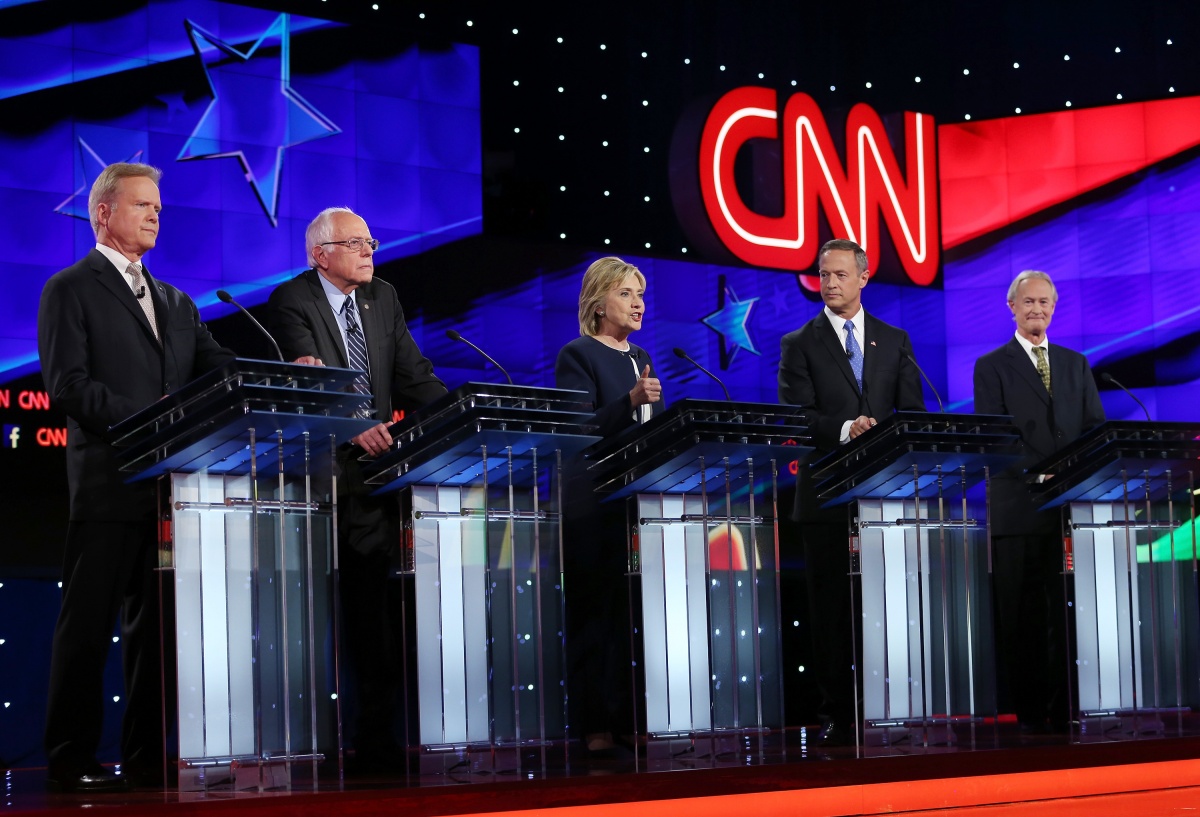 Leading US Democratic Party presidential hopeful Hillary Clinton has cited the proliferation of nuclear weapons as the greatest threat to national security during her party’s first debate leading to the 2016 nominations.

Hosted in Las Vegas, the candidates took to the stage to discuss key issues including gun reform, immigration, inequality and climate change.

Mrs Clinton’s four competitors for the Democratic nomination offered a range of answers on the topic of national security that reflected renewed unease about international tumult in the Middle East and beyond.

Asked by moderators, the former secretary of state said “the spread of nuclear weapons” and “nuclear material that can fall into the wrong hands” were the biggest security threats facing the country.

Mrs Clinton’s response echoes the fears of former officials from consecutive administrations, Republican and Democrat, that fissile material could fall into the hands of extremists or hardline regimes.

Bernie Sanders, champion of the left and Clinton’s closest rival in the polls, identified climate change as the biggest threat.

“The scientific community is telling us, if we do not address the climate change, transform our energy system away from fossil fuel, the planet we’ll be leaving our kids and our grandchildren may well not be habitable,” he said.

Ex-senator and Marine Jim Webb also raised problems in US relations with China.

“The greatest strategic threat that we have right now is resolving our relationship with China,” he said.

“Our greatest day-to-day threat is cyber warfare against this country.”

Mrs Clinton won unexpected support from chief rival Mr Sanders for her use of a private email server as US secretary of state, helping to defuse an issue that has overshadowed her campaign.

Echoing comments she has made before, Mrs Clinton said her decision to not use a government email address was a mistake and emphasised that she wanted to focus her energy on policy issues that were more important to voters.

“Let me say something that may not be great politics, but I think the secretary is right,” he said.

“The American people are sick and tired of hearing about your damn emails.”

“Thank you, Bernie,” she said, smiling broadly and shaking hands warmly with the US senator from Vermont amid enthusiastic applause.

Mrs Clinton again came out against the Trans Pacific Partnership (TPP) trade deal that she once championed, to which Australia is a signatory.

The moderator suggested that many voters, even some Democrats, saw her position as politically expedient.

He cited changes in her position on president Barack Obama’s immigration policies, as well as same-sex marriage and the TPP.

Mrs Clinton said she once hoped the trade deal would be the ‘gold standard’, but it did not turn out that way.

“I want to make sure that I can look into the eyes of any middle-class American and say ‘This will help raise your wages’. I concluded I could not.”

This is the first of six democratic debates planned for the coming months.

‘What a hit’: Albanese on attack after dire wages data
Inquiry into mother’s convictions over deaths of four children
Viagogo loses appeal over $7 million penalty
Sydney home sprayed with bullets in gang violence
‘Admit what the hell is going on’: Biden wants US to face White Supremacy problem
Device detonated, man arrested in Brisbane sieges
Woman sues 12yo nephew for $173k after broken wrist
Today's Stories

Clinton fires up in US debate