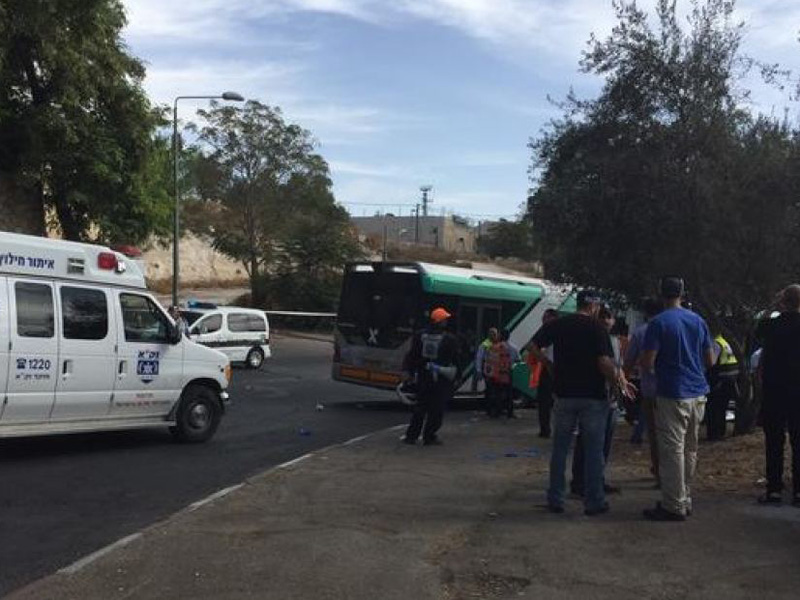 Palestinian men armed with knives and a gun killed at least two people and wounded several others in a string of attacks in Jerusalem and a Tel Aviv suburb, police say, on a “Day of Rage” declared by Palestinian groups.

Two Palestinians shot and stabbed passengers on a Jerusalem bus, killing one and injuring five, Israeli media reported, as Israel and the Palestinian territories suffered their worst period of unrest in years.

One of the assailants was killed, an ambulance service spokesman said, and the other captured.

Minutes later, another Palestinian rammed his car into a bus stop in the centre of Jerusalem, then got out and began stabbing pedestrians, killing at least one and wounding several, police said.

The attacker was “neutralised”, officers added, without giving details.

Israeli police spokesman told the ABC the injured Israelis were in “moderate to serious condition”.

Earlier in the morning, a Palestinian man stabbed and lightly wounded an Israeli on a shopping street in Raanana, just north of Tel Aviv, officials and witnesses said.

Amateur video distributed by police showed several men kicking and beating the alleged assailant as he lay on the ground. The ambulance service said he was seriously hurt.

Within an hour of that attack, another knife-wielding Palestinian struck in Raanana, wounding four people, police and media reports said.

At scene of another stabbing in #Jerusalem reports of 7 Israelis injured, one death. Distraught relatives arrive pic.twitter.com/WhZsnMObPt

Spate of attacks in recent days

Six Israelis and 27 Palestinians, including nine alleged attackers and eight children, have died in almost two weeks of street attacks and security crackdowns.

The violence has been stirred in part by Muslim anger over increasing Jewish visits to the al-Aqsa mosque compound in Jerusalem.

The main Palestinian factions, including the Western-backed Fatah movement and the militant Hamas group, declared a “Day of Rage” on Tuesday across the West Bank, Gaza and East Jerusalem.

The leaders of Israel’s Arab community have called for a commercial strike in their towns and villages.

The now-daily stabbings raise speculation that Palestinians could be embarking on another uprising or intifada, reflecting a new generation’s frustrations over their veteran leadership’s failure to achieve statehood.

Israel poured police reinforcements into Jerusalem, where many of the stabbings have occurred.

In Raanana, a shopkeeper said he heard shouting, grabbed a heavy wooden umbrella, and ran outside to confront the assailant.

“He started stabbing the guy. I hit him a couple of times and kicked him and the knife flew out of his hand,” the store owner said.