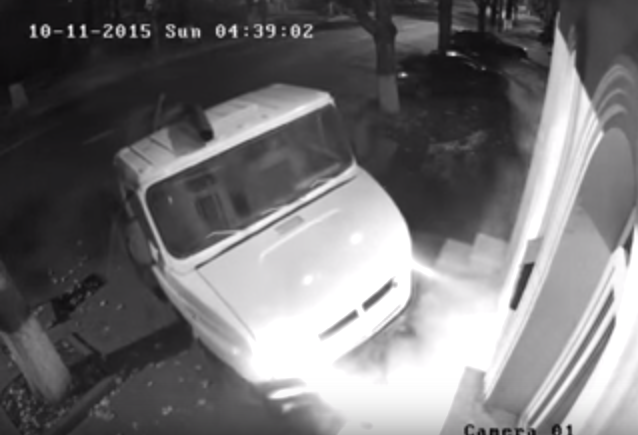 A protester has been caught on CCTV spraying three tonnes of liquid excrement on the doorstep of a political party in the Moldovan capital Chisinau.

The man drove a truck up to the front of the Liberal Democratic Party (PLDM) in the early hours of Sunday, before turning on a hose which pumped slurry onto the building’s steps.

“The images recorded by surveillance cameras at PLDM headquarters clearly demonstrate it is a provocation,” a PLDM representative said in translated comments from an email.

“Regrets that some have descended so low … Some do not want to live in a normal country.”

Political party office in Moldova sprayed with what?