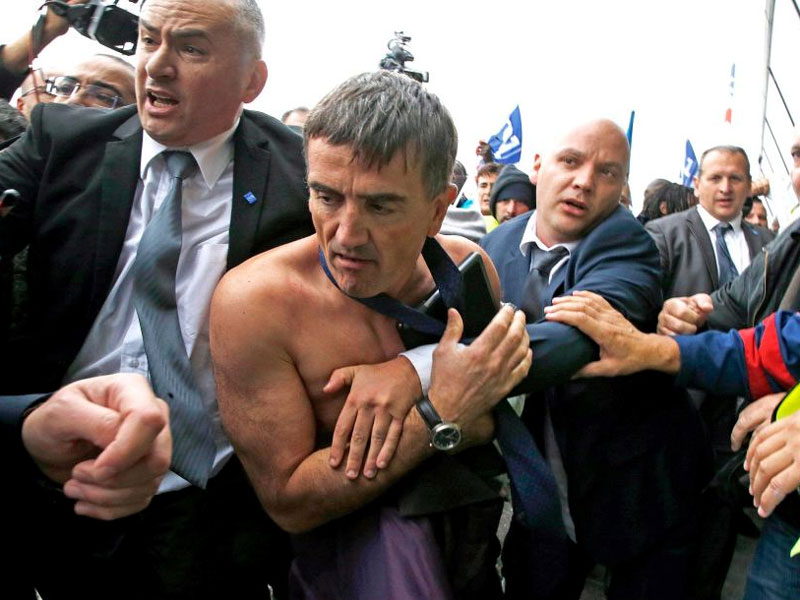 Police have arrested several Air France workers at their homes as investigators move to track down the protesters who hounded executives during a meeting about mass job cuts last week and tore the clothes of two fleeing managers.

The arrests came a week after the world’s media broadcast footage of an Air France human resources manager — his shirt ripped off, but tie still around his neck — scaling a fence to escape angry workers.

A second manager had his shirt ripped down the back and a security guard was left unconscious for several hours after the melee.

Police and judicial sources said five Air France staff, all members of the CGT labour union, were arrested at their homes in the Paris region and would be held in custody in the capital.

A sixth person was placed in custody later in the day, the CGT union said in a statement in which it accused Prime Minister Manuel Valls, who condemned the violence, of helping the airline management undermine union activism.

The managers and Air France chief executive Frederic Gagey had been outlining a cost-cutting plan involving 2,900 layoffs when protesters stormed the room.

The proposal is described by the company as “Plan B” after it failed to persuade its pilots to accept a less radical one earlier this year.

At least four of those arrested were from the airline’s cargo division, the police and judicial sources said. They were identified from video footage of the protest.

Air France declined to comment on the latest developments.