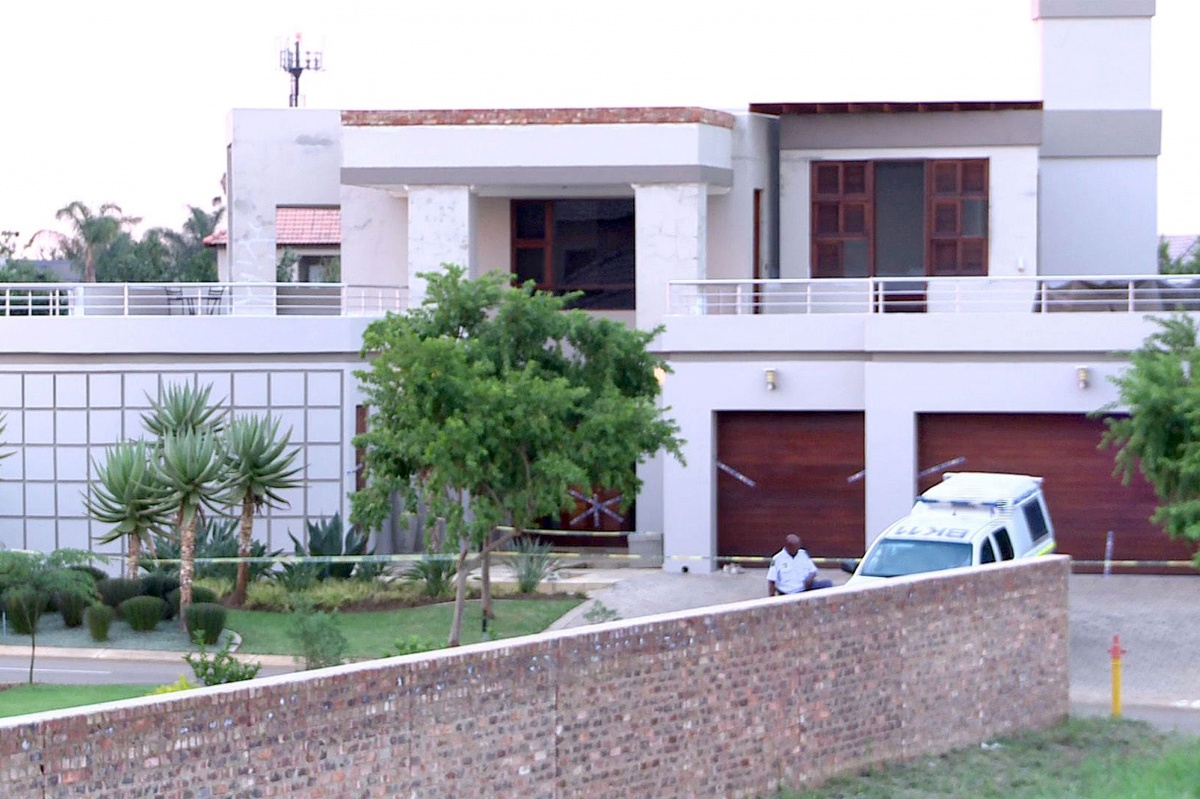 Two South African men who rent the house where Oscar Pistorius shot his girlfriend have made an internet video of the room where the crime took place and boasted of the property’s potential for holding parties.

Local media reported on Monday that David Scott, 33, and Kagiso Mokoape, 23, were business partners who leased the large house in Pretoria where Pistorius killed Reeva Steenkamp in 2013.

“This is definitely an entertainer’s house. Oscar built this house to entertain,” Scott said on the YouTube video while clutching a can of beer.

• Pistorius gets five years in jail for killing Reeva
• Prosecutors: ‘Convict Pistorius of murder’
• Oscar Pistorius to remain in prison after parole rejected

“Hot girls can invite themselves.”

“Every weekend it is going to go down here,” Mokoape added.

Pistorius was found guilty last year of culpable homicide – a charge equivalent to manslaughter – after saying he mistook Steenkamp for an intruder.

The two men were filmed standing in the bathroom where Pistorius shot Steenkamp through a locked toilet door, with Scott giving his own version of the killing.

“They had a fight … he went after her, she ran away, locked herself in the bathroom,” Scott said.

“(She) said she is going to phone someone and he shot her. That’s what happened.”

Pistorius, who was given a five-year jail sentence, was due for release in August but his parole has been repeatedly delayed in a long legal battle.

The parole board will meet again on Thursday to reconsider his case for release on house arrest.

The world-famous Paralympian athlete sold the house to cover legal costs and it was reportedly bought by a mining consultant.

“I feel bad for Reeva’s parents and my heart goes out to her family. What he did was wrong,” Mokoape said in the video.

The News24 website said Scott had apologised for the video, admitting it gave a “totally wrong message”.